The year of 2020 has been one like no other. We’ve had to adjust to life in quarantine as a pandemic has taken a stranglehold on the world. We had a volatile presidential election that, thankfully, had the correct and most excellent outcome. No one could be blamed for perhaps focusing on the real-life horrors that the world experienced in 2020 and did all they could to avoid the created kind, horror that one may experience from movies and video games. I, however, did the exact opposite. I NEEDED the escape from the complete shitshow that was the outside world and I reveled in everything horror. Games, movies, clothing, anything that could distract me and remind me what I love about this world, being a full-out horror nerd. The year 2020, in terms of horror gaming, brought its A game in terms of offerings. One could pick from a multitude of experiences in 2020 that delivered the frights and chills. The constant pursuit of Nemesis in Resident Evil 3. The grotesque and surprise appearance of a huge balls of infected bodies, named The Rat King, from The Last of Us Part II. Any boss that you encountered and died at multiple times in Demon’s Souls. However, one moment, one gameplay section stood just above the rest. The scariest gaming moment, prolonged sequence even, was the final section, Chapter 17, in Bloober Team’s atmospheric interpretation of Blair Witch.

To be clear, I’m aware that Blair Witch technically didn’t come out in 2020. The version of the game that I played was on the Xbox One, that released in August 2019. The PS4 version also released in December 2019. It did, however, release for the Nintendo Switch and PC in 2020. Anyways, my scariest gaming moment of the year doesn’t necessarily have to be from the year it was released, but for the sticklers in the audience, a version of this game DID come out in 2020, so there’s that. 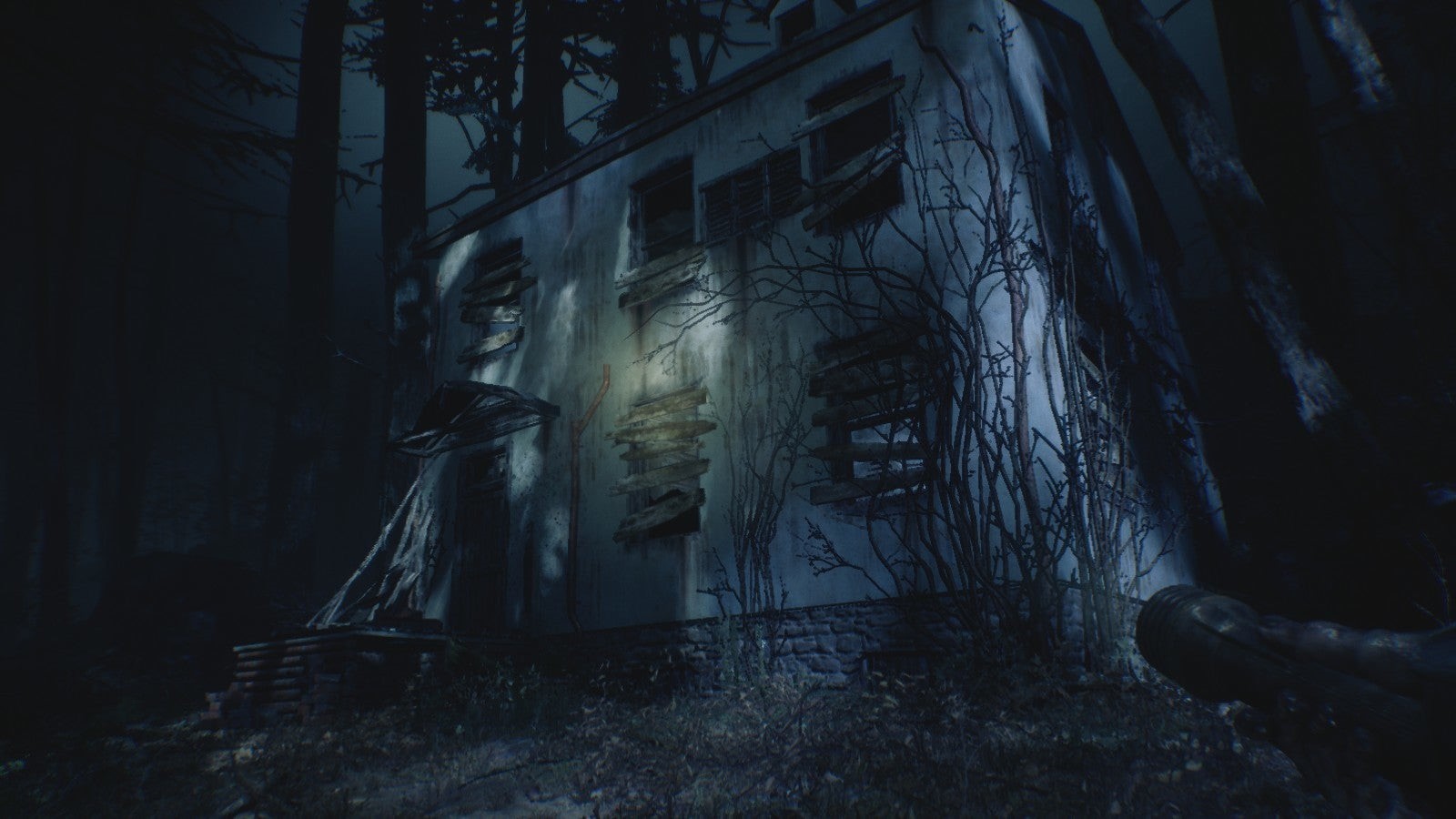 The basic plot of Blair Witch revolves around the disappearance of a young boy in 1996 near the Black Hills Forest in Burkittsville, Maryland. You control Ellis Lynch, a former police officer and a war veteran with a troubled past, who decides to join the search out of his own volition. What starts as an ordinary investigation soon turns into an endless nightmare as you confront your fears and the Blair Witch, a mysterious force that haunts the woods, and discover the truth about what really happened.

Chapter 17 is the final section of the game, as our avatar Ellis Lynch is tasked with entering a mysterious, run down house in the middle of the storm-ravaged Black Hills Forest. The journey, up to this point, has dragged out hero Ellis through the supernatural horrors that have persevered throughout the night as well as the psychological damage that has been done to Ellis’ fragile state. Everything that has transpired will come to a head as you enter this house and boy does this game turn the scare quotient up to 11 and doesn’t let up for around 30 minutes or so. I am not going to spoil what exactly transpires in this house of horrors during that half hour, but suffice it to say that developers Bloober Team had their sights dead set on scaring the living shit out of you using every trick in the book. Dimly lit hallways and rooms, a massive rainstorm raging outside every window and crack of wood in the dilapidated house, all sorts of spectral beings attacking you physically and psychologically at every turn, and a full-out assault on the senses of the player. It’s truly amazing how these last 30 minutes or so are just a barrage of tricks and sleights of hand that are aimed squarely at causing discomfort, really showing off the true talent of the developers that, honestly, was somewhat lacking in the rest of the game. That doesn’t mean it’s necessarily bad, and there are some solid set-pieces scattered throughout that deliver the goods, but nothing really compares to the gangbusters that fly across the screen at the end of Ellis’ journey. I played Blair Witch with my entire family – wife, daughter and son – which added to the funhouse scare atmosphere of the game and was a great experience as we all endured that final chapter. Let me tell you that we got so scared in the final chapter of this game that we had to pause the game three different times after getting walloped with jump scares that literally made us yelp and feel the need to pause the playthrough, to take us out of the experience and catch out breath. The game wanted you to feel uneasy throughout the game, but it really delivered the goods in the final harrowing gameplay sections within this house of horror. If there is a standout moment of Chapter 17, it involves tall, red, gangly entities that are perusing the hallways of this ever-changing house. These visions will kill you the instant you focus your eyesight on them, so in order to pass them without harm, you must look at the floor and follow a faint white painted path. The pure tension of walking slowly down a hallway, hearing these monstrosities breathing heavily and closing in so close, all while being unable to even look up at them to gauge where they are, is the very definition of tension.

I have always found horror to be a great escape for me, a way of getting lost in a world of terror, fun, gore, scares and just pure euphoria. I make it my business to watch every new horror movie I can, to experience any new horror game that I end up passing on my weekly searches of the PSN or XBOX digital storefront, and revel in the amazing horror merchandise that continues to drain my bank account whenever I have the spare $20 or so (I have literally purchased around 10-15 different kinds of horror socks from the genre masters of merchandising, Fright-Rags). 2020 was no different, and with all the things happening in the world actively trying to drag everyone down to the ground, it was more important that ever. Blair Witch, especially in the environment that I played it in – with my entire family, in the darkness of our living room, and completing it from beginning to end ALL in one sitting – was definitely a horror highlight in the gaming space for me in 2020. Despite my love for everything Resident Evil or the high budget terror of The Last of Us Part II, Blair Witch was the rollercoaster scare ride that I was looking for and is the clear winner for me as my scariest gaming moment of 2020. 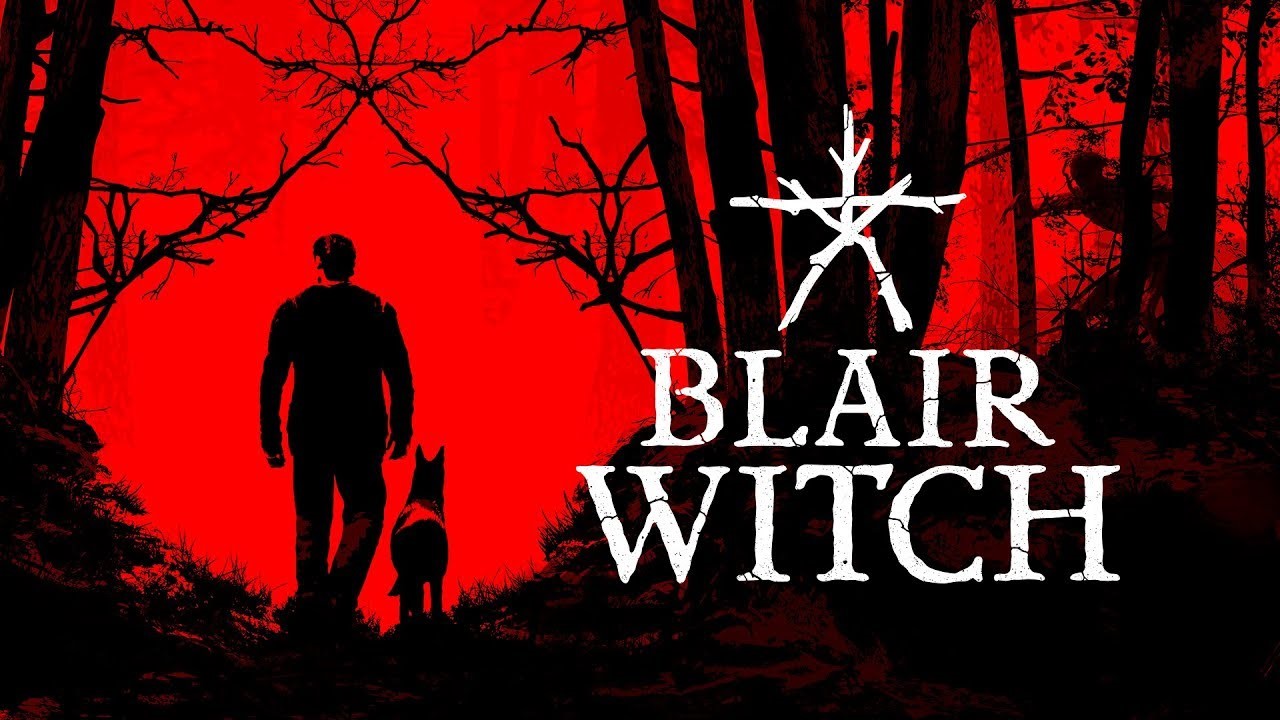