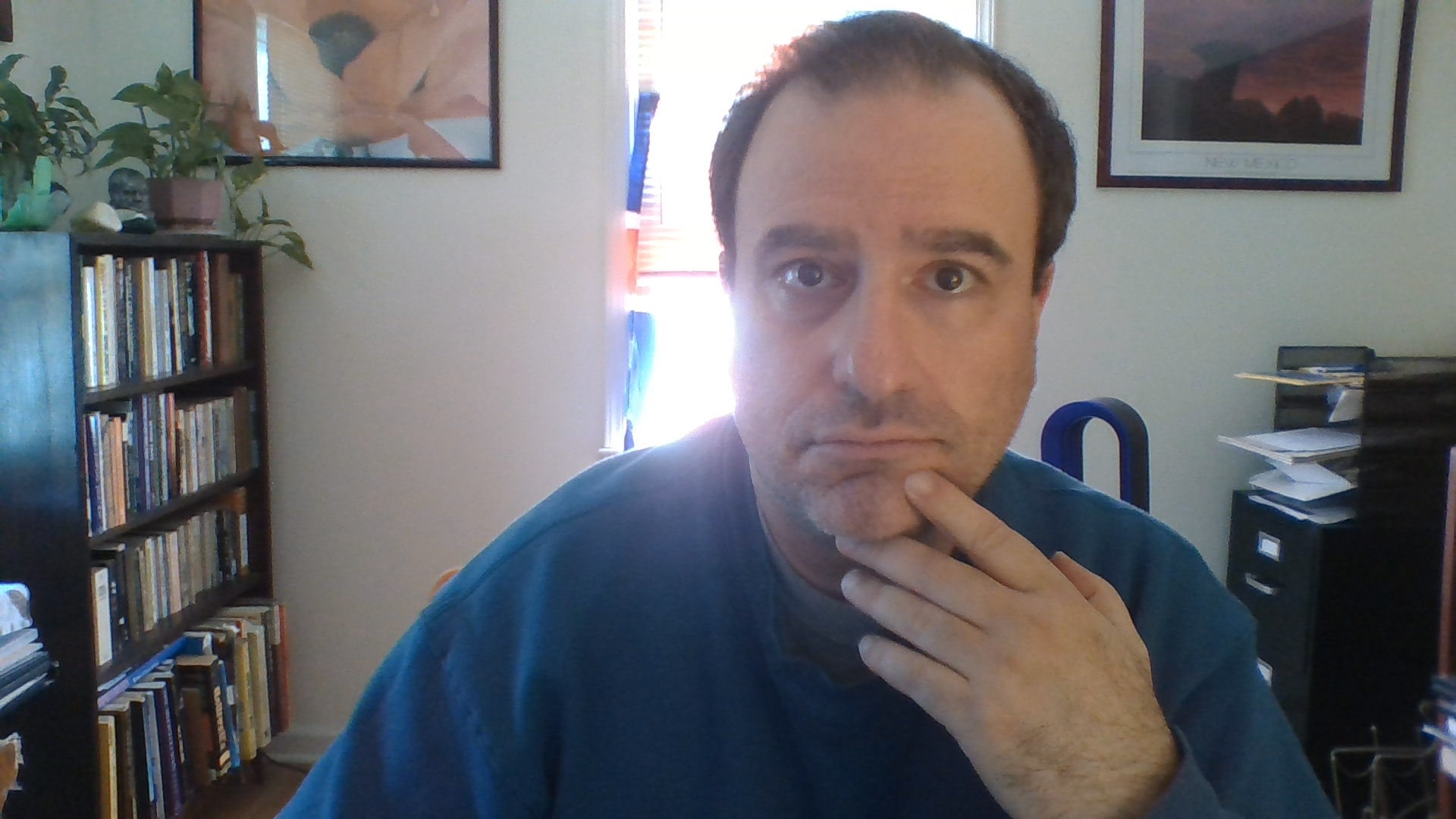 Phil Hall is the author of new book Jesus Christ Movie Star, which you’ll be reading more about soon here on the site… but until then, I felt it only appropriate to have a brief chat with him to share with the readers here. This site was founded in large part to explore points where art and faith collide, so what better wya to explore such intersections than talk to the author of a book about on screen depcitions of Jesus himself.

Thanks for taking the time to have a brief chat. Let’s start with the obligatory stuff. Who is Phil Hall? Where may folks know you from? A brief intro of sorts…

Phil Hall has enjoyed a three-decade-plus career in multiple aspects of the media and entertainment industries.

As a journalist, Phil Hall began his career as a United Nations-based radio reporter for Fairchild Broadcast News. Over the years, Phil Hall has been a reporter and editor for multiple business, technology and financial services media outlets.

At the same time, Phil Hall has been a film writer with credits in the New York Times, New York Daily News, Wired and American Movie Classics Magazine. He is currently co-editor of the Cinema Crazed website, where his weekly column The Bootleg Files appears every Friday and celebrates classic and off-kilter film and television productions that can only be seen in unauthorized DVD releases and online video postings.

For 10 years, Phil Hall ran his own New York City public relations agency, where he gained prominence as a leading publicist for independent films and foreign-language films. During this time, he also hosted and curated two retro film series in New York City.

The intersection of Phil Hall’s writing and film focus has resulted in a series of books that include THE ENCYCLOPEDIA OF UNDERGROUND MOVIES, THE HISTORY OF INDEPENDENT FILM, THE GREATEST BAD MOVIES OF ALL TIME, IN SEARCH OF LOST FILMS, and THE WEIRDEST MOVIE EVER MADE: THE PATTERSON-GIMLIN BIGFOOT FILM.

And if that’s not enough, Phil Hall has been an actor in approximately 25 independently produced films. He is also part of the Nutmeg Junction radio theater series and authored their original presentation of MOBY DICK.

Awesome. So, let’s get right into the important questions. No Jesus Christ: Serial Rapist, huh?

JESUS CHRIST: SERIAL RAPIST was brought to my attention by Rich Cyr, my co-host on Nutmeg Chatter and a talented actor who played Ishmael to my Ahab in the production of MOBY DICK. It is not in my new book only because it is a direct-to-video release. The parameters of my book were the exclusive focus on theatrical and film festival releases that detailed the life of the adult Jesus. This resulted in the exclusion of many worthy films, most notably the Zeffirelli mini-series JESUS OF NAZARETH, along with some of the more colorful films of the genre including JESUS CHRIST: SERIAL RAPIST.

Seriously though, that movie is awful and most of the particular director’s output is pretty rough. As offensive as the topic matter is, the filmmaking itself is more offensive. It’s bad.

But that’s a fun transition to make. Were there any films you did watch for this book that were just plain awful? Poorly made? Hard to watch? Just plain bad.

There was a crummy underground movie shot in Detroit in 1971 that tried (and failed) to turn the life of Jesus into a hipster comedy. The film was originally called THE GREATEST STORY OVERTOLD, but it wound up in a brief New York City theatrical release in 1974 called THE DIVINE MR. J. – and it only got screen time because a then-unknown Bette Midler played a none-too-virginal Mary in the film. Midler became a big star in the three years after her Detroit movie gig and successfully had her lawyers block the film’s release. The film and Midler are just painfully unfunny – and if you don’t believe me, you can find it on YouTube under the title THE THORN, which was used in a VHS video release that Midler’s lawyers also halted.

And on that same line, were any truly offensive to you? If so, what about them was offensive?

THE DIVINE MR. J. has a tasteless Holocaust joke thrown in for no obvious reason. But beyond that lapse in intelligence, I wasn’t offended by the film – or for that matter, other films in the genre that pushed the proverbial envelope by trying to reimagine Jesus in unlikely and often outlandish ways. To be offended, one has to suffer an intellectual trauma. Mercifully, that has yet to occur with me.

I get the idea from this book that you yourself are a Christian. Is that a fair assessment? Could you tell us a bit about your faith journey?

I was raised in the Unitarian faith and religious studies was my minor at Pace University. I seriously considered a ministerial career in my youth but did not pursue it. When I was 30, I became a member of the Anglican faith. I always give thanks to God and Jesus for the very good things that happen to me on a daily basis.

Personally, I’m a pastor’s kid who still believes in God, despite wavering on his people and vowing never to be a member of a particular church again. That said, I find the collision of faith and art to be utterly fascinating. What led you to this topic for the book?

I wanted to do a book about Pilate’s wife, who is not identified by name in the Gospel of Mark but is popularly known as Claudia Procula. She only appears in one sentence and is the only person who makes an effort to stop the prosecution of Jesus. However, I was concerned that I would not be able to get a publisher for the book because I am not known as a religious scholar.

JESUS CHRIST MOVIE STAR arose from that jettisoned project because I was fascinated at how many times Pilate’s wife appeared in films based on the Jesus’ life, considering she is absent from three of the four Gospels and is barely present in the one Gospel that acknowledged her.

From doing this book, what were some of your biggest takeaways?

In doing my research, I was genuinely surprised by the quantity of Jesus-centric films from earliest days of the silent movies. Many silent film history texts fail to acknowledge the ubiquity of the subject during that era, so it was a happy shock during my research to learn about these pioneering efforts. 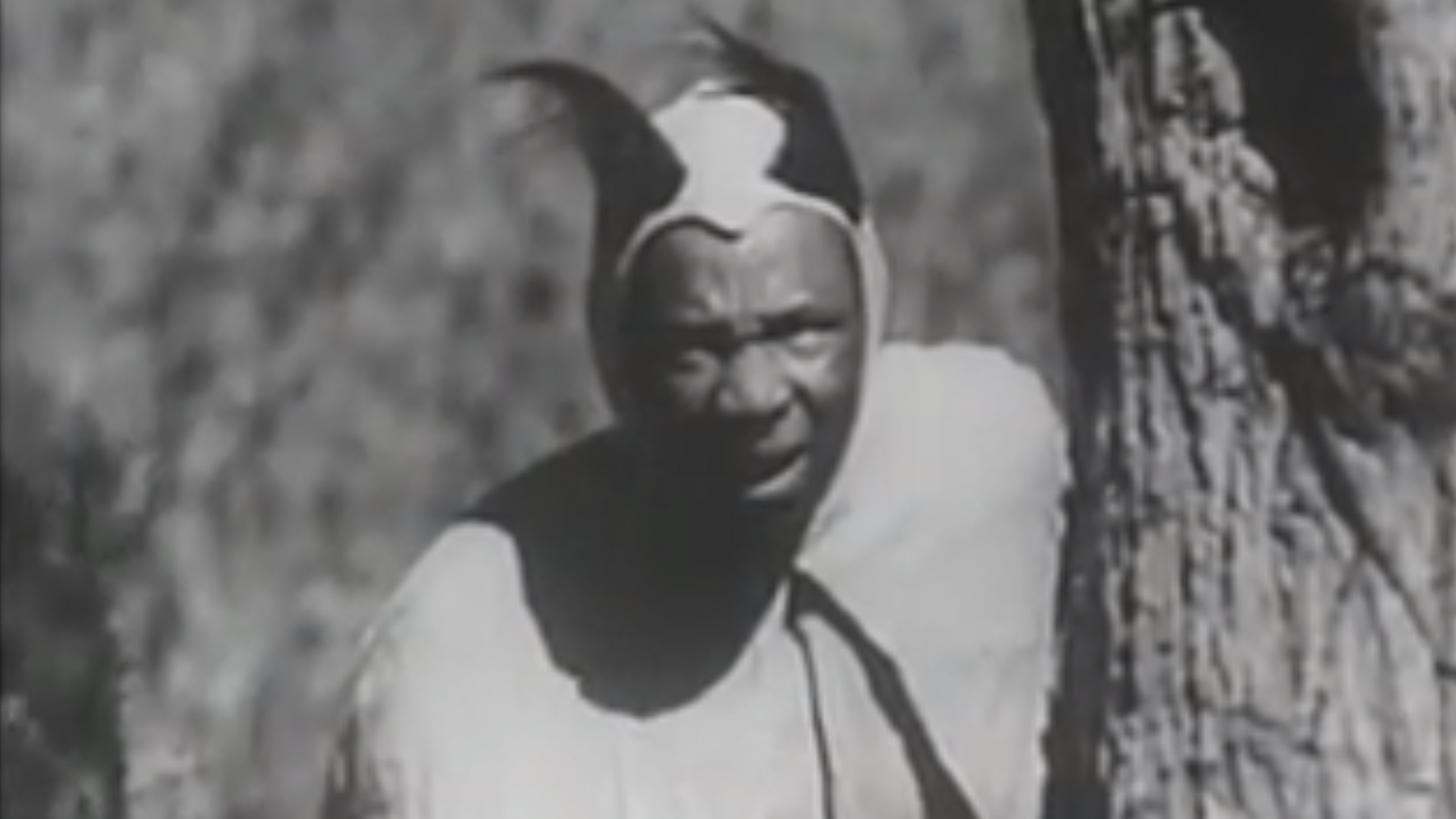 Just curious, have you tackled any other religious film or related topics? Do you plan to?

In my book IN SEARCH OF LOST FILMS, I have a segment on BROTHER MARTIN: SERVANT OF JESUS, a 1942 feature by the groundbreaking Black filmmaker Spencer Williams. The film is about the life of St. Martin de Porres, a 16th century Black Peruvian who was named a saint by Pope John XXIII. No print of this film is known to survive, which is a shame because it was a follow-up to Williams’ classic THE BLOOD OF JESUS.

That book also includes a segment on ONE HUNDRED YEARS OF MORMONISM, a 1913 film produced for the members of the Church of Jesus Christ of Latter-Day Saints. This was the first film to show the Mormon faith in a positive light. Sadly, it is also considered a lost film.

Before we wrap up this short interview, what do you hope folks glean from reading this book?

The cinematic interpretation of the life and ministry of Jesus is rich in complexity, innovation, imagination and diversity. It has challenged the likes of Georges Méliès, Alice Guy-Blaché, D.W. Griffith, Nicholas Ray, Luis Buñuel, John Waters, Johnny Cash, Hal Hartley and Abel Ferrara. Jesus has been a figure of both solemnity (Max von Sydow in THE GREATEST STORY EVER TOLD) and jollity (Victor Garber in GODSPELL), the subject of intense suffering (Jim Caviziel in “THE PASSION OF THE CHRIST) and minimal clothing (Tava in the X-rated HIM).

There is no one Jesus in film history. There are hundreds of very different Jesuses, each remarkable in his own way. My book is a celebration of the creative spirit and a journey through film history that rarely gets considered.

And, finally, how can folks check out you, your projects, and everything you’re up to?