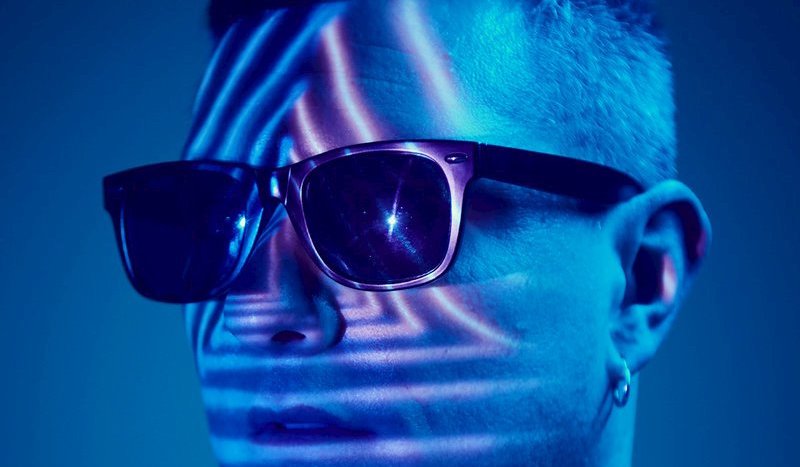 Sines is Portland, Oregon’s Jason Wann. His obsession with music began at an early age. He cites “Kraftwerk, Vince Clarke, Giorgio Moroder, Donna Summer, Blondie, ABBA, and many others with help from his parents’ record collection” as the beginning of his true musical DNA. The journey that began as a teenager has continued and now he is here writing and producing one crowd-pleasing dance song after another. Wann says he lives by the motto “Don’t bore us, get to the chorus” and he wanted this new album to play like a greatest hits collection, one banger after the next.

I wanted this album to do a couple of things. One, I wanted the album to play like a greatest hits album. I wanted to make a record that featured different vocalists to express different feelings for each of the tracks, but I ALSO wanted the whole thing to work as a unit, and the core of the project to be a bunch of really good songs. Two, I wanted to tell stories from my life. I wanted this record to be about something. I wanted to create something that live beyond me. All of the songs are based on actual experiences that I have gone through in my life, a series of moments, if you will.

It’s safe to say he accomplished these goals. In fact, he not only accomplished this musically, but also through a long form visual display, as well. With this project, he also released a film to accompany the music (below). The film plays like an art film, but with a far better soundtrack and pup culture sensibilities. It’s kind of like an art film for people who don’t love art films… and for that’ it’s pretty spectacular.

The album really does play like that collection of bangers that Sines wished it would, so it’s hard to note standout tracks. While others have heralded the likes of “Mr. Ciao!”, which is indeed a great track, this reviewer and fan thinks the following track – “Tomorrow Doesn’t Exist” – packs the most entertainment and fun of any of the tracks. Of course, several other tracks are in close contention and have a great chance to unseating “Tomorrow” in the coming weeks. It’s truly an album of fun electronic tracks that even the most boring and unaffected of us can’t avoid dancing to.

For this upbeat ball of enjoyment that Sines calls A Series of Moments, I am very thankful. Any time I need a pick me up, this album will be a simple click away. Never boring, never stopping, this is a surefire contender for album of the year.