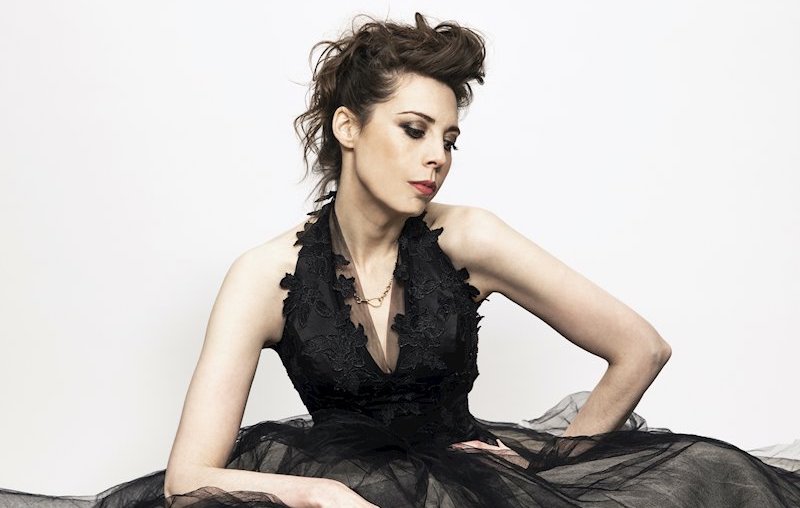 Last time we covered the lovely Louise Aubrie was on a holiday weekend, so it’s fitting we’re back in that same position, as we present another great single from Aubrie’s Antonio, the truly fun and enjoyable pop gem “Ours”. Another track that reminds me of the dance pop and electronica of Metric, or even a number of classic Berlin cuts, “Ours” is the type of upbeat pop tune that I need when working on a Christmas eve dinner after far too many hours of Christmas songs.

Mixed in a playlist of 80s new wave, modern pop rock, West Side Story cuts, and 90s hip hop, “Ours” is a perfect track to sing along too while making mashed potatoes, stuffing some yummy chicken breasts, or prepping the charcuterie board.