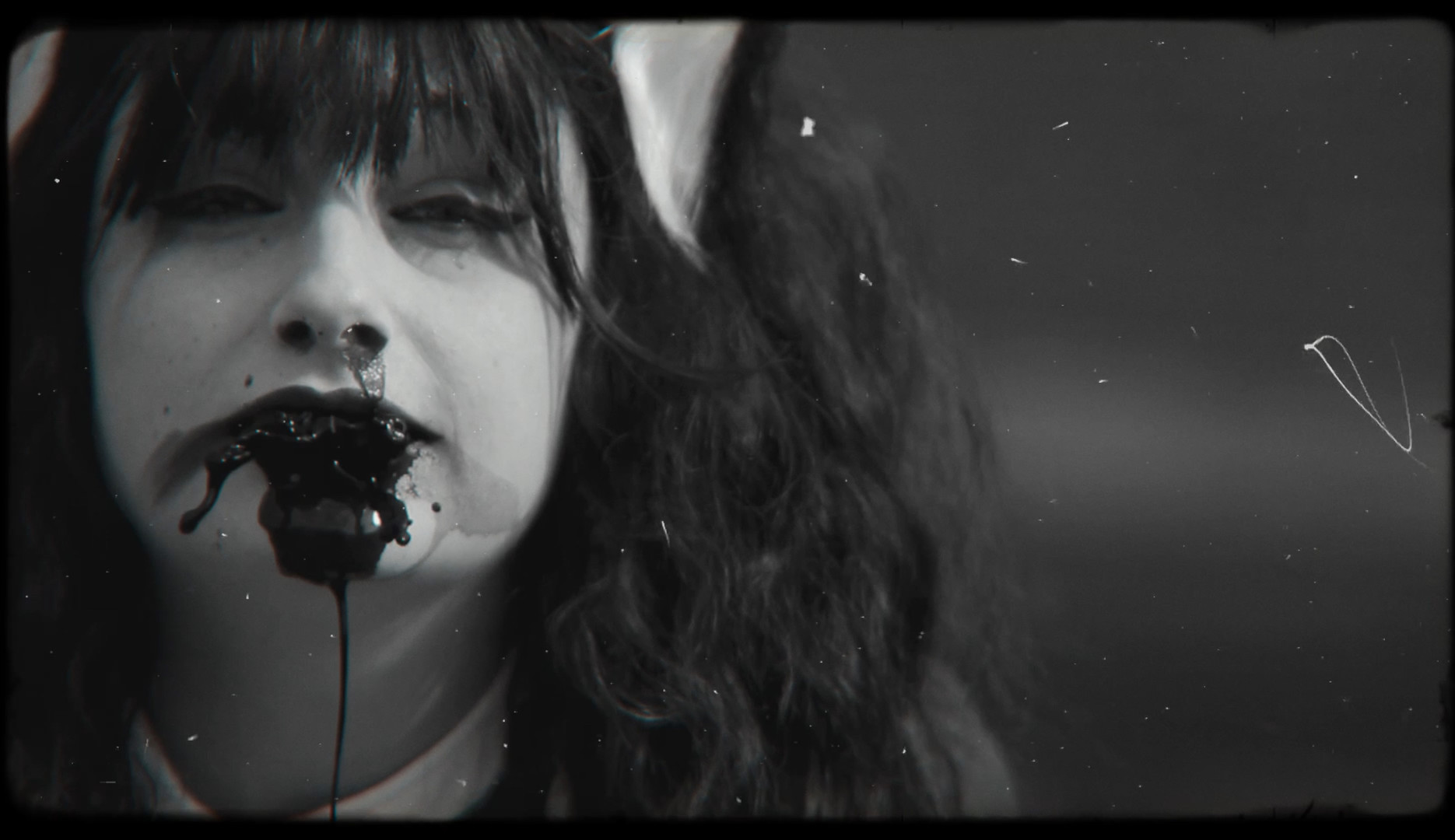 The UK’s sexiest Tromette, the one and only Kitty Kiss, stars in an anthology of Troma-inspired horror-comedy shorts with gross out effects, sexy outfits, and all the staples that fans of Troma will love. Kitty aka Nurse Meow aka Laura Barker is featured in each of the 11 shorts that comprise the anthology, so by the end you’ll have a pretty intimidate idea of exactly who Nurse Meow is.

The low budget feature includes segments from 6 different directors: Joe Cash, Jason Impey, Dan Urban, Kaylan Jordan-Sen, John WT, and Laura Barker herself. Each director brings a variety of experience to the table. For example, Joe Cash is an effects and art department whiz with experience on big budget films like Mad Max: Fury Road and low budget films alike. And, Jason Impey has a wealth of experience behind the camera in a variety of capacities with some truly unique low budget horror to his name. The final product is a sleazy and fun little film that’s sure to please Troma devotees and fans of low budget schlock worldwide.

If you don’t want to take this reviewer’s word for it, take the word of the numerous fests that gave the film awards. Budget Horror Festival 2022 gave Calling Nurse Meow the Best Film award and gave Kitty Best Actress. Severed Limbs Film Festival gave it both the Roddy Piper and Irwin Keyes awards. Scream It Off Screen gave it Best Film. It also received several runner up awards at these and other festivals. However, the French aren’t big fans, since they’ve apparently banned the film there.

Currently only released to general public in the UK, stay tuned for news on where to find Calling Nurse Meow on streaming sites and screens worldwide. If you like movies like Ozploitation trash Fags in the Fast Lane, Troma classic Tromeo & Juliet, or any number of weird low budget flicks on Prime and Tubi like Horror and Hamsters or Nutcracker Massacre, this is one you’ll definitely want to seek out.