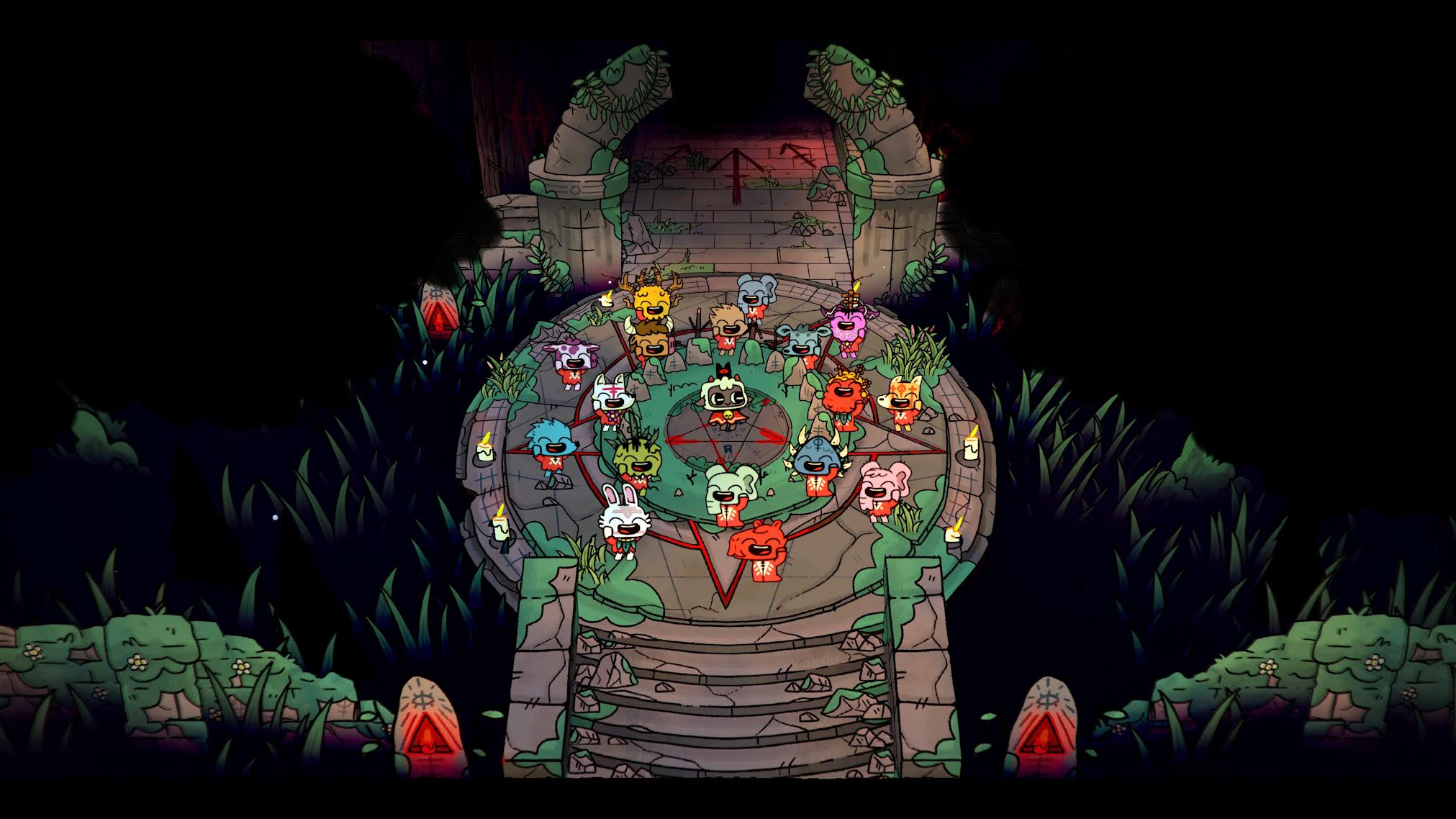 [Editor’s Note: You can check out Eric’s top game of 2021: Returnal (along with a runner-up) by clicking here and follow his ongoing series Gaming’s Scariest Moments by clicking here] 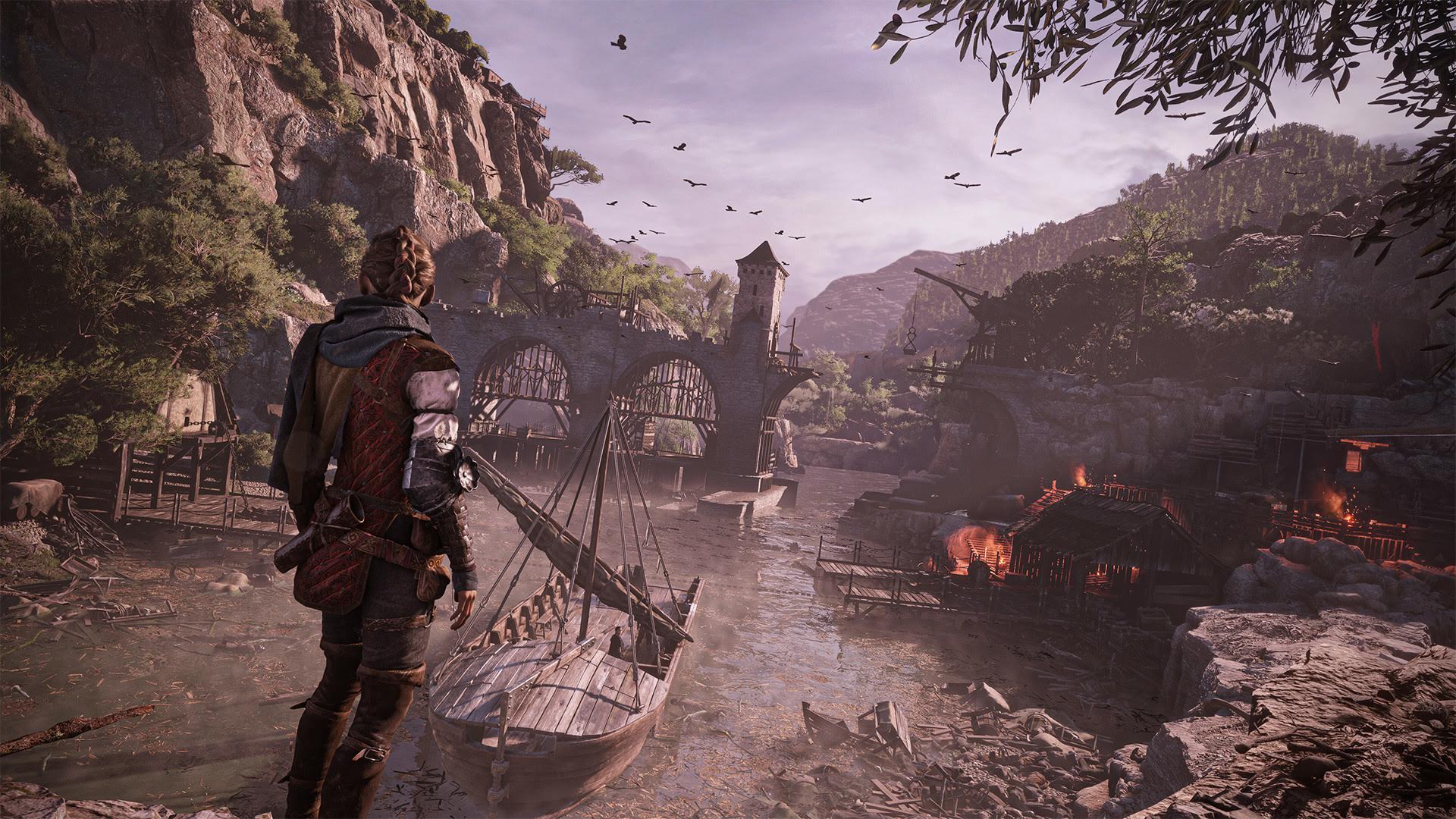 I was a late arrival to the original, A Plague Tale: Innocence. I missed its initial PS4/Xbox One release but finally circled back to it when it was added to the PS+ lineup back in July 2021. I fell in love with the setting of the 1300’s France and totally got sucked into the plight of siblings de Rune, Amicia and Hugo, the latter who is inflicted a mysterious illness that is slowly killing him, but also is connected to swarms of rats that constantly interfere with your journey of revenge and finding the truth behind Hugo’s affliction. I enjoyed the heavy reliance on stealth and really loved the main weapon being a sling you used to hurl rocks at your enemies. I was beyond hyped for the sequel to arrive this year,A Plague Tale: Requiem, and came away (mostly) fully satisfied with the continuing journey. Developer Asobo Studio did an amazing job with the grand vistas of France and various new locales you come across. Every single inch of this game is a photo-worthy moment. The motion capture performances for Amicia (Charlotte McBurney) and Hugo (Logan Hannan) are top-flight and truly convey the love they have for each other and the emotions they process as their situation just seems to get worse and worse by the minute. The stealth still rules and is sweat inducing + the action always feel truly meaningful and intense. So, what’s keeping this from my top three? Besides the general lack of any real boss battles, which was a bit odd since the first entry had a few memorable ones (including the final bout), it really boils down to how this game concludes. While the epilogue chapter feels well written and sets things up for possible future ventures, I feel the final chapter or two of the main story line was one of the most anticlimactic conclusions I have ever experienced. Not to say it wasn’t fun to play or written bad per se, it just felt very rushed and lacking any real satisfying stealth and/or action sequences to truly end this journey on a high note. If this wasn’t an issue, it would have made a run at the top spot. As is, it’s great but falls just short of greatness.

When Sony Santa Monica came out with their sequel/soft reboot of God of War back in 2018, the entire gaming world was blown away by the complete 180 shift in gameplay and tone, retaining the brutal combat of the original GoW trilogy while shifting the gameplay mechanics to a third person, behind-the-camera style. The writing is some of the best the gaming genre has to offer, with Kratos (played with perfection by Christopher Judge) getting a multi-layered makeover that retained his intense anger while giving him some semblance of humanity. New characters Atreus (Sunny Suljic), Mimir (Alastair Neil Duncan), Freya (Danielle Bisutti) and Baldur (Jeremy Davies) are all fully realized characters with great arcs, lovely moments of emotional heft and a wicked sense of humor when needed. The hype level that built up toward the release of its sequel, God of War: Ragnarok, was almost inconceivable. The expectation was through the roof. God of War 2018 was a GOTY through and through, and anything less than perfection for Ragnarok would not be accepted.

I can safely say, after dropping 50+ hours into this anticipated sequel, that despite just being essentially “more of the same as 2018 but bigger and badder”, it succeeds in delivering a worthy sequel to the 2018 masterpiece. GoW: Ragnarok is as grand of a video game as there has ever been, so massive in its scope and grandiose in its lofty story ambitions. The development of the relationship between Kratos and Atreus, the every-evolving emotional rollercoaster of Freya, the great comic relief of Sindri (Adam Harrington)/Brok (Robert Craighead)/Mimir and the addition of a multitude of great characters – in particular, Odin – all add so much scale to an already massive venture. I must tell you, be prepared to feel all the feels in this game. I cried at the beginning of this game, I cried at the end of this game, and I kicked all sorts of ass in the middle. Sony Santa Monica is challenging Naughty Dog in the realm of cinematic storytelling, and I am really excited to see where they go from here, whether it’s in the God of War universe or something completely new. 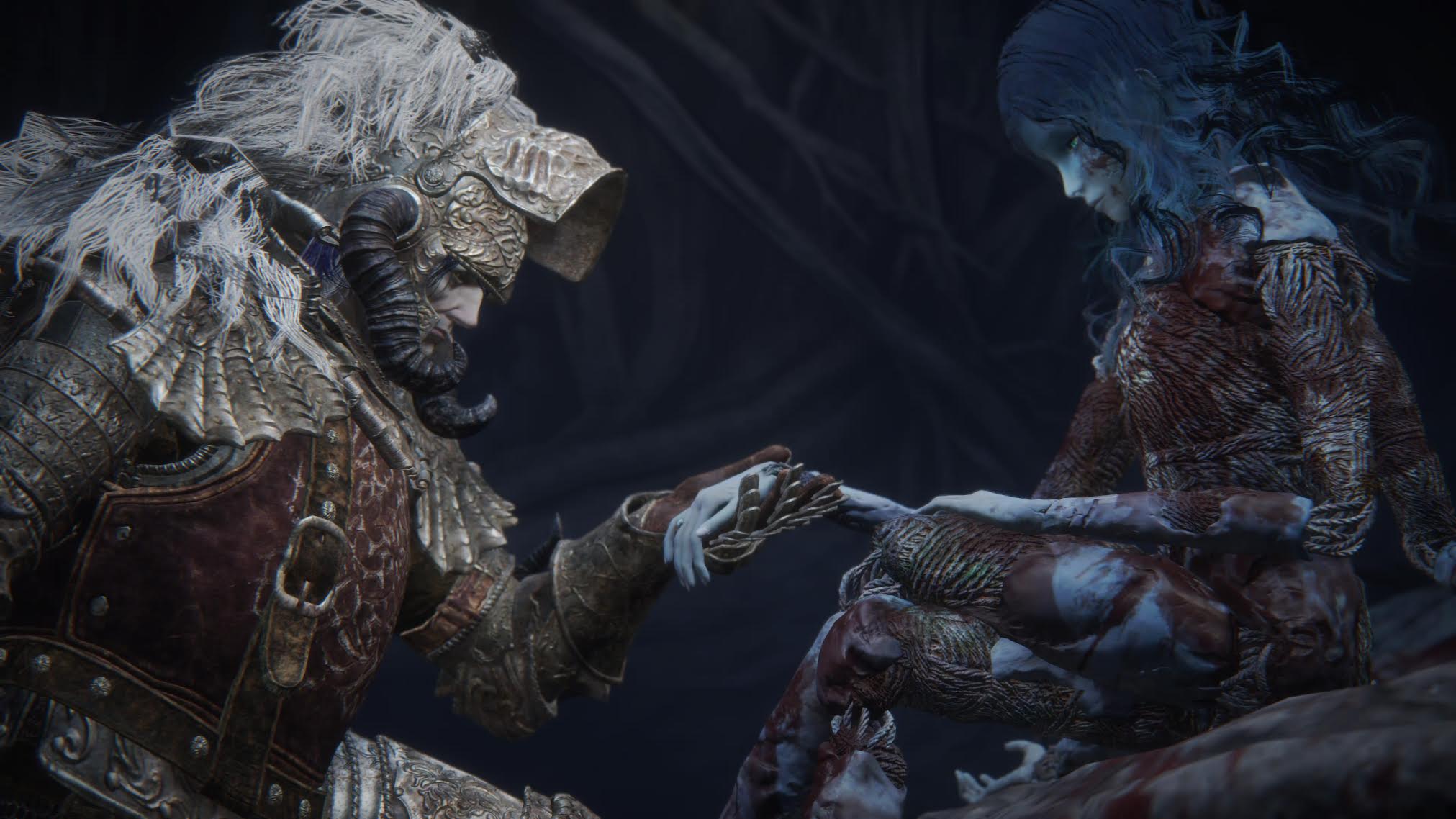 I am a late arrival to the love and adoration that people have for the hard-ass action RPG epics from probably the most prolific developer currently going, FromSoftware. I tried my hand at Bloodborne back on the PS4 and found myself going nowhere fast, and never really dabbled in the Souls series. When developer Bluepoint Games did a lovely PS5 remake of From’s PS3 freshman entry in their Souls series, Demon’s Souls, back in 2020, I made the choice to finally commit to trying one of these “Souls-like” games and finishing it. I loved every second of that epic medieval adventure, upgrading my created characters to the style I preferred and eventually making my way to its conclusion. When FromSoftware proper fully revealed their newest game, Elden Ring, back in mid-2021, I was excited by the aspect of a truly open-world action-RPG with involvement in story development from author George RR Martin. When the game finally released in February 2022, my body was ready, but man oh man I was clearly not prepared for the awesomeness that would ensue. 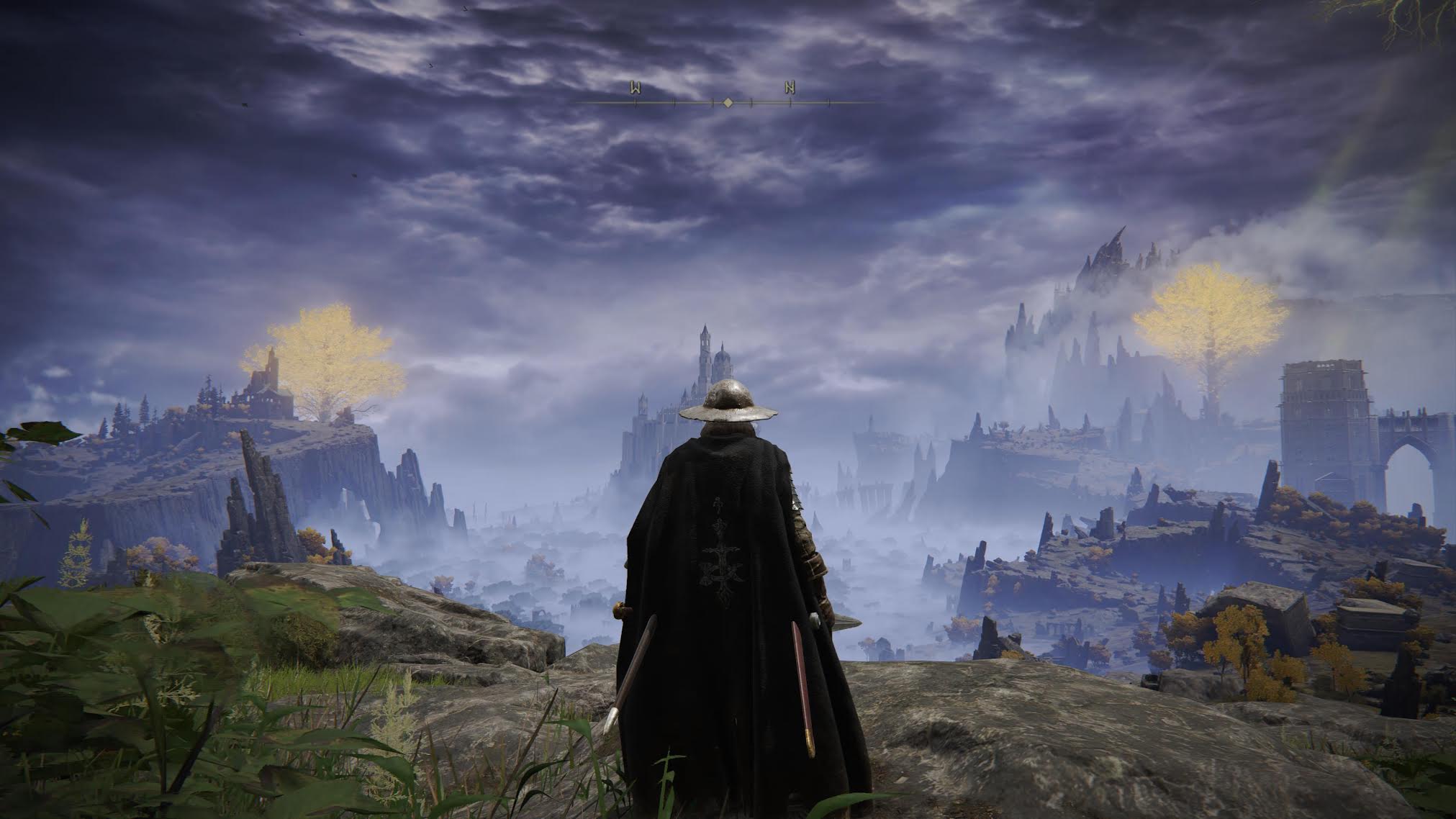 I created my character – FromSoftware’s games don’t usually have set protagonists, as you create your own characters and class from the get-go down to the most minute detail – and started my adventure. Elden Ring is, without doubt, one of the most magical and wondrous experiences ever in gaming. Every few minutes, you come across a sweeping vista with amazing landscapes and imposing creatures/enemies to encounter. Every shot of the game is a visual marvel and worthy of a screenshot to be printed out and placed on your wall. This game is the very definition of the why having solid art direction is important. In addition, Elden Ring has what is maybe the largest assortment of boss battles I have ever witnessed in a video game, and every single one is a grand achievement in character design, combat mechanics and grandiose style. Astel, Naturalborn of the Void. Regan Ancestor Spirit. Rennala, Queen of the Full Moon. Maliketh the Black Blade. Shardbearers Godrick, Radahn, Morgott and Rykard. I could go on for days and days. Every one of them is a banger, unique in their environmental setting and fighting mechanics, and each one feels like an amazing achievement once you have beaten them (I still haven’t beaten two of them in the entire game, Malenia (probably the most gorgeous looking enemies of them all) and Dragonlord Placidusax). After beating the Elden Lord to finish this grand, 100+ hour adventure I just went on, I am officially a FromSoftware addict. I am in for anything they do going forward. Bring on the pain. 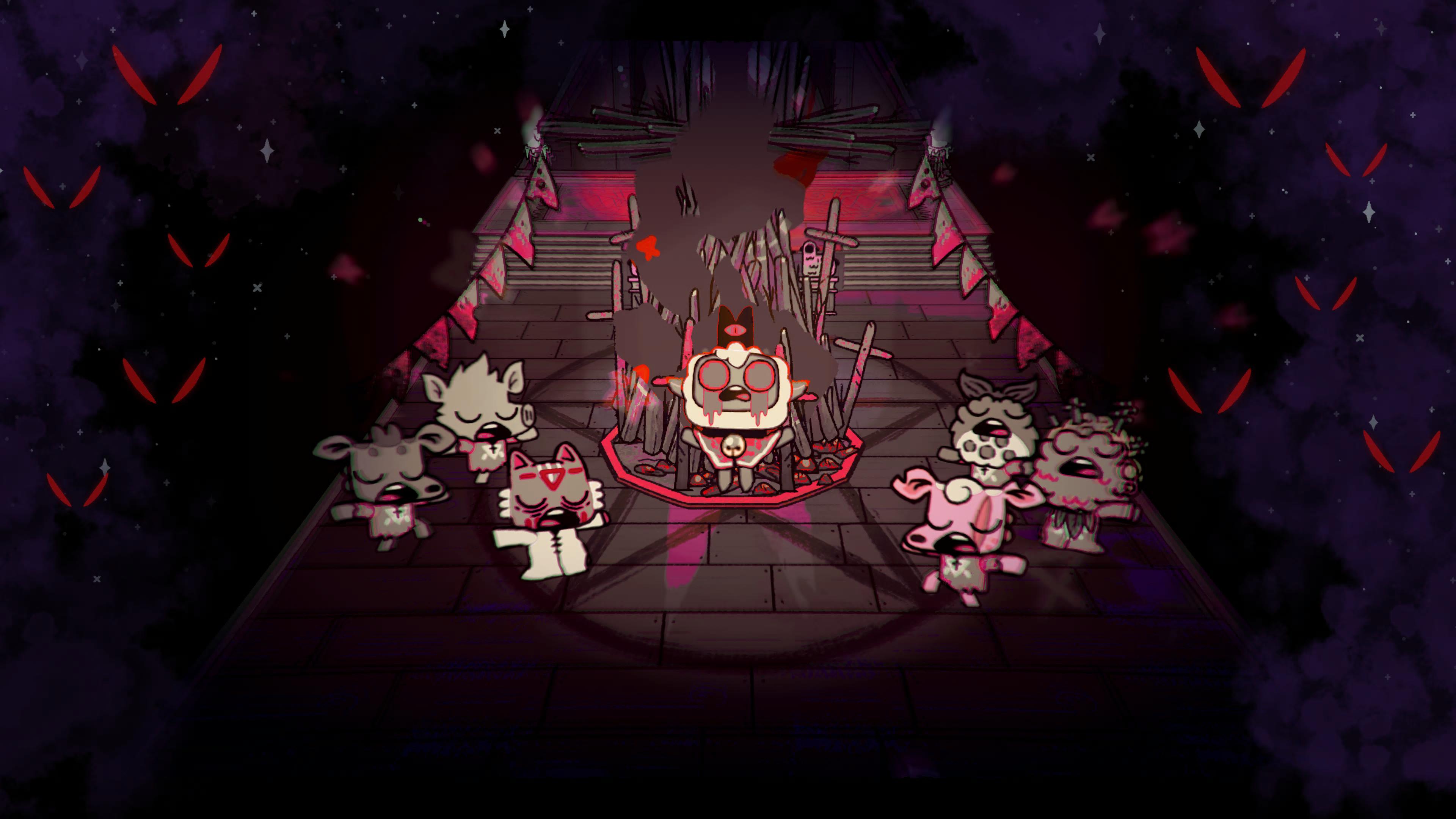 My GOTY for the past few years have tended to be outside the grain from what is generally stated from the wider critical mass. I tend to go with the title that simply sucks me in the most, whether it has the best graphics, gameplay or sound of the year or frankly has none of those. In 2020, my GOTY was the perfection of the beat-em-up genre that was Streets of Rage 4. In 2021, I went with the breakthrough revelation of my love of challenging, hard ass game with Sony/Housemarque’s bullet-hell shooter Returnal. For 2022, one title peeked through the AAA polish and budget of such titles as GoW Ragnarok, Elden Ring and Horizon II: Forbidden West. One title just emitted pure joy and pleasure. I never had any one second where I was bored, uninterested or just going through the motions. That title is Cult of the Lamb, from developer Massive Monster and publisher Devolver Digital. This game puts you in the hoofs of a small, innocent Lamb. Sacrificed by four fearful bishop gods that are afraid this final lamb will bring about the prophecy of their undoing, this lamb is rescued by the One Who Waits, an imprisoned entity that wants you to return to the land of the living, establish and create a cult of loyal followers to aid in your quest to destroy these four bishops and retake the world in your own image. While that description sounds like this game should be grungy and horrific, it is anything but. A beautifully realized game with an amazing graphical aesthetic of paper-thin characters viewed from an angled/top-down perspective, the visuals of Cult of the Lamb are just divine. The game world is split up into four unique sections/biomes/lands to explore. You enter these lands from your hub world, which is the location of the village you are creating with the followers you acquire along the way. The game splits itself wonderfully between these two sections, establishing itself as two types of games. We have the hub world section which mirrors something like Animal Crossing. You’ve got to maintain the happiness of your cult members, doing odd jobs for them, feeding them, providing them places to sleep, build jobs for them to work at such as mines and lumber mills and even maintain a place of worship where you can maintain their allegiance and perform rituals to improve their faith to you as their leader. The second part of the game involves those four worlds. Each of these sections is procedurally generated to be different every single time you enter it. You begin each turn through the world with a randomly generated weapon and magic power. The objective is simple. Make your way through and defeat one of the four bishop gods at the end. The fighting mechanics are smooth and responsive, the fights are always a challenge, and the gameplay moves like a hurricane across the screen (running a smooth 60FPS on PS5, the system I played it on). While having its fair share of bugs and glitches that could have easily affected one’s enjoyment of this game, it didn’t not affect my love and adoration for everything else about this.