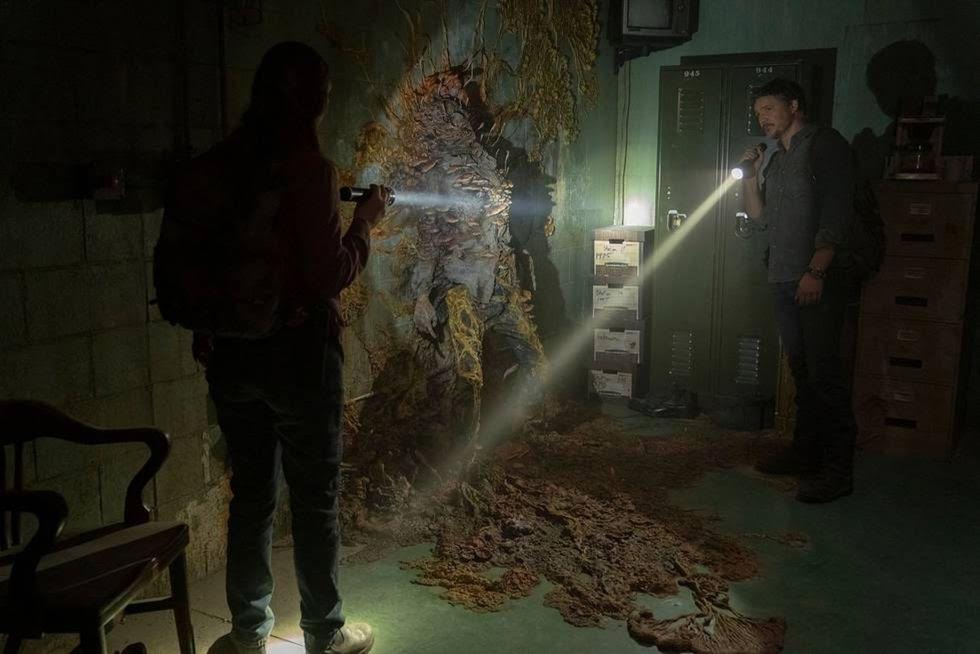 To say that the hype factor for the premiere of The Last of Us show on HBO on January 15th was at the maximum level is an understatement. The anticipation for the adaptation of the beloved Naughty Dog franchise, telling the tale of Joel and Ellie as they traverse across the post-apocalyptic world erased by the fungal pandemic reached a fever pitch over the past few months, with trailers and images getting everyone truly psyched beyond belief. The fact that the showrunners for this were original game creator Neil Druckmann and Craig Mazin, creator of the HBO masterpiece limited series Chernobyl, only added an air of respectability. Thought I have already felt the video game adaptation “curse” was already broken with Netflix’s 2017 anime Castlevania and, to a lesser extent and probably only to me, 1996’s Mortal Kombat (with our lord and savior Christopher Lambert), people truly felt that TLOU on HBO would be the first example of a great adaptation that brings in the fans of the franchise as well as newcomers alike. After the premiere of the first episode, I am happy to report that this adaptation is a spared-no-expense, powerful and expertly crafted vision of loss and hopelessness that is a great start to what I expect to be an amazing journey over the next two months of Sunday nights.

Episode 1 – titled “When You’re Lost in the Darkness” – follows the initial start of the outbreak as we follow a day in the life of Sarah Miller (Nico Parker), the daughter of exhausted construction worker Joel Miller (Pedro Pascal), who works in conjunction with his younger brother Tommy (Gabriel Luna). As the day progresses, which happens to be Joel’s birthday, we get a sense that not all is right with the world. As night falls, all hell breaks loose. As Joel, Sarah and Tommy attempt to escape Austin, TX and flee for south of the border, an unexpected tragedy occurs that shatters the lives of everyone involved. Twenty years later, we are now in a quarantine zone in Boston, which is patrolled and run by FEDRA, a military operation put in place to keep the citizens of various quarantine zones in check. Joel is now living as a dealer of pills and other rare items in exchange for ration cards, weapons, etc., alongside his partner in crime, Tess (Anna Torv). While trying to track down a battery from scummy Robert (Brendan Fletcher) that they need to sneak out of Boston and make their way to Wyoming – Joel lost contact with Tommy via radio over three weeks prior and appear to be on troubled terms to some degree – they end up crossing paths with the leader of the resistance group the Fireflies, Marlene (Merle Dandridge, reprising her role from the game). She promises that if they smuggle a young girl named Ellie (Bella Ramsey) to a sect of the group in the town hall outside of the quarantine zone in Boston, they can have a battery and anything else they need for their journey. Joel and Tess agree, with reluctance on Joel’s side. As they make their way outside the zone, the dark and dangerous world reveals itself and displays the arduous journey that lies ahead. 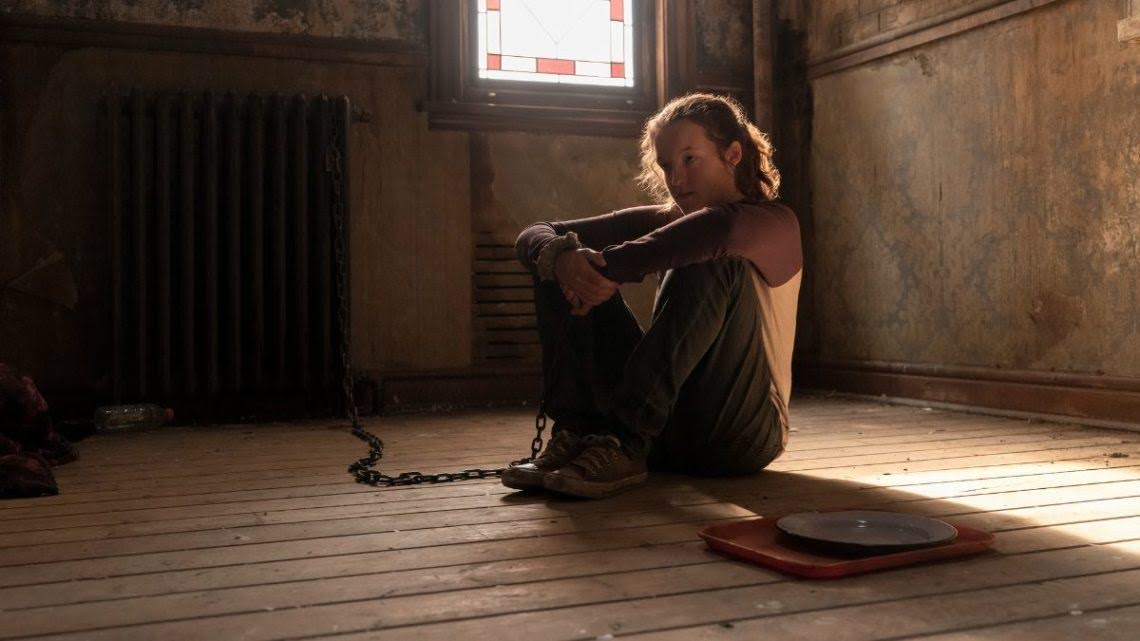 “When You’re Lost in the Darkness” is the best possible outcome anyone could have imagined when they envisioned TLOU being brought to life. A great summarization of the first hour or two of the game, we are quickly introduced to the pandemic that started the downfall of humanity, giving gravitas to characters and their intentions in this evolving world, and sets the audience up for the journey ahead. Pedro Pascal and Bella Ramsey are expertly casted as Joel and Ellie and completely embody the roles originally portrayed in the game by Troy Baker and Ashley Johnson, while completely making this all their own. We get a taste of their demeanors in Ep. 1, but the fun and excitement related to these two iconic characters will reveal itself in future episodes that I can’t wait to see. Anna Torv makes for a great choice as the battle-hardened Tess. Gabriel Luna truly impresses with his short screentime in this episode as Tommy, nailing the attitude (and the voice…damn) of the younger brother all within a matter of a few minutes of screen action. Merle Dandridge, of course, knows the role of Marlene inside and out as it’s been hers and hers alone for 10 years now, and she does a great job of translating it to the show. Nico Parker probably has the toughest assignment in Ep. 1, trying to get the audience invested in a character with limited screentime but is a major catalyst for the entire story of TLOU, and she knocks it out of the park. The decision to show more her daily life vs. what the game provided – going to school, getting Joel’s watch fixed for his birthday, spending time with the elderly next door neighbors – was a smart and ingenious move to further push the audience to invest in her emotionally. 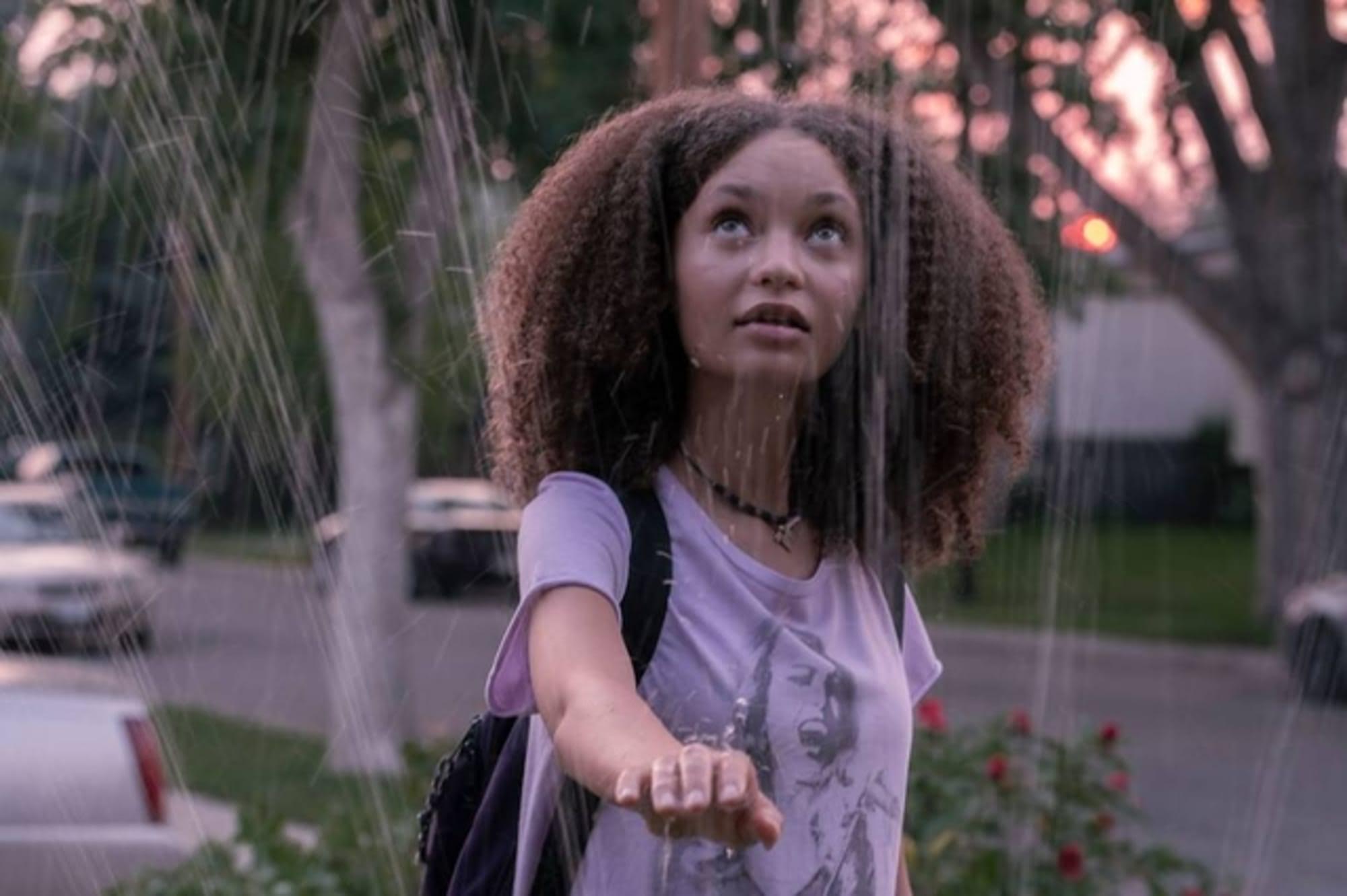 The atmosphere of TLOU is also faithfully recaptured and expanded upon. The action sequence of the attempted escape from Austin, TX in the opening is a wonder of visual magic and a great showing of the big budget that HBO allotted for this show. The game opening was intense and vast, but the show manages to even exceed that. The Boston quarantine zone is faithfully recreated from the games, with tight living quarters, rundown buildings, and the threat of death from infected and FEDRA soldiers alike.   Then, just to get the audience even more hyped up for what is to come, an amazing cliffhanger ending with an atmospheric stormy night shot of destroyed Boston intercut with a Depeche Mode song just puts the icing on the delicious cake that was Ep. 1. This was a great way to start TLOU for the masses on HBO and now I can firmly say I am all in and a bag of peanuts with this show and the seven day wait for the next episode will be brutal but I’ll be there when its ready to roll.