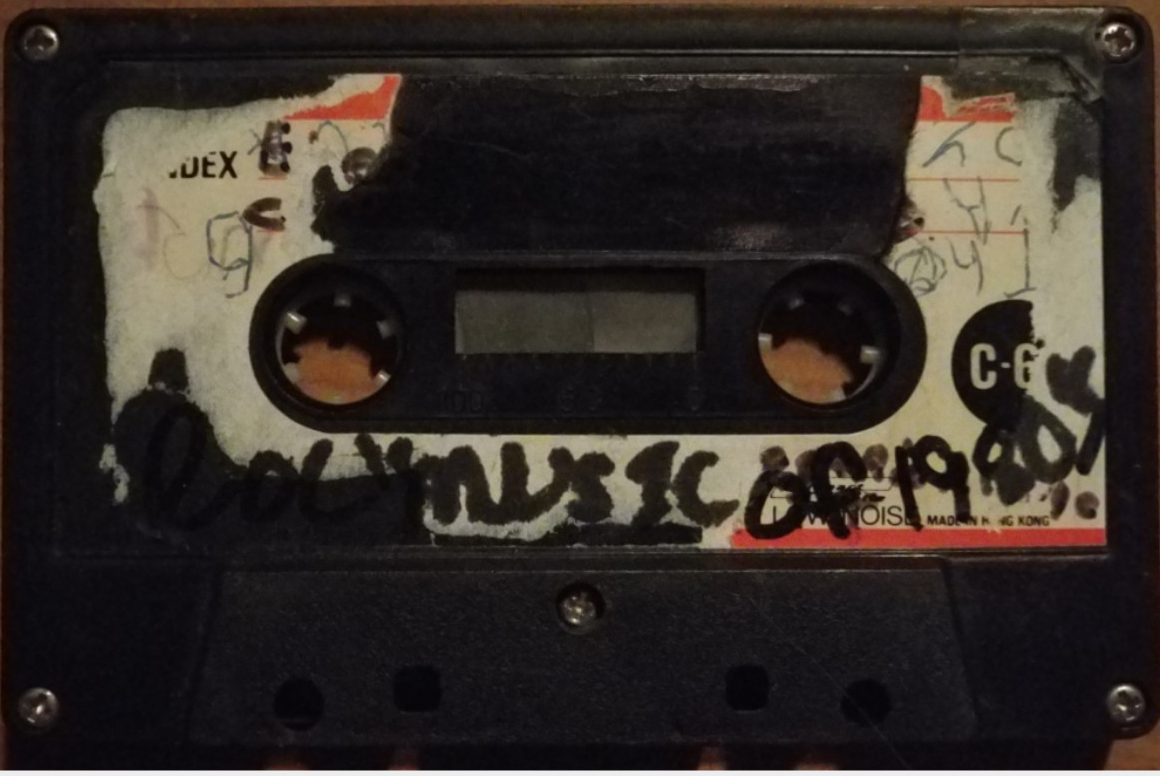 I’ve been excited about posting this mixtape pretty much ever since starting this series. I actually started digitizing it about a year ago, but I ended up putting it off because I found out that the back/B side of the tape had been recorded from the radio in 1991, and I had just published an episode of a tape recorded from radio in that same era. I still wanted to feature the first side of this cassette, because it was the very first mixtape I had ever received or been a part of, and it has somehow survived over 30 years, not being recorded over or eaten by cheap machines. But that second side, recorded almost a decade later than the first, just seemed like it would make the episode seem unbalanced, and it’s taken me months to decide to post it as it is.

Like I said, this was one of the earliest tapes I owned. I can’t recall exactly when it was recorded, but I distinctly remember being in my cousin Norman’s house as he showed me how he could record straight from his parents’ stereo, onto a portable cassette recorder… recording from records with no background noise. For some reason, I’m thinking this must have been just before my dad wired his portable tape player up to their console stereo, (allowing me to record the tapes discussed here), because this seemed like a new and exciting concept to me. So this must have been somewhere around late 1982 or early 1983. I wish I could remember exactly when I got my Fisher Price tape recorder… possibly my birthday (July) or Christmas of 1982… 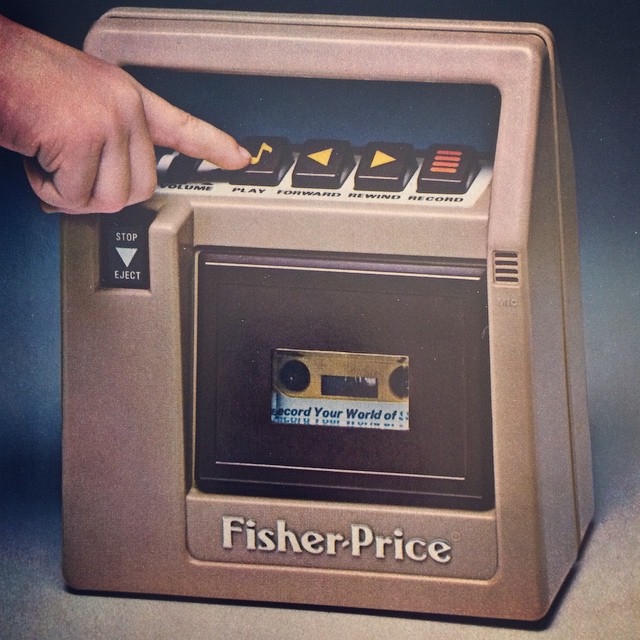 since that would have been the machine I played this tape on after its creation.

I honestly don’t remember if I had known of these 5 songs prior to Norman making this tape for me. But it was interesting to me that his parents had these contemporary rock 45s. All of my parents’ records were oldies rock and roll or country music. But these were real rock music records. Maybe they were Norman’s…or maybe my aunt and/or uncle had kept up with rock music better than my parents had and purchased these themselves (I actually do have a memory of riding in that aunt’s car and hearing John Fogerty’s “Centerfield” playing in the tape deck… and my mom later disapproving of her older sister’s choice of music). But either way, Norm had access to these records and seemed excited to introduce me to these #1 hit singles.

This original recording is only 5 songs. But what huge songs they are… songs and artists that helped define the 80s… songs that definitely shaped my own musical tastes and preferences. I don’t want to give away the track list here… but I have to say that the first song opens with what is still one of my favorite guitar riffs and sounds of all time, no matter how simple, cheesy, and butt-rock it might be. The tone of those palm-muted 16th notes and big power-chord accents is the rock guitar sound I’m still chasing as a guitarist and recording engineer myself. Unfortunately, the way this tape has ended up after all these years, that opening riff is barely hear-able until after the song comes in more fully. I don’t know if it’s something that happened in the initial recording process, or something that happened with thousands of plays, but that’s the way I heard that song for years (which made me so excited to get the song on a CD in the 90s, to finally be able to hear the intro in it’s full glory). In fact, hearing all the discrepancies and deterioration that have happened with this tape over the years really hits a specific nostalgic place. I mean, I have collected these songs on better tapes, CDs, mp3s, my own record collection, over the years, but hearing the glitches, drop outs, and strange noises on this tape takes me back to all the years when this was the only way I could hear these songs… in a way that hearing better reproductions of them doesn’t. I’ve done some tweaking to maximize the volume of this tape for digital enjoyment, but I really want you all to experience the faults of the compact cassette format and the way that I heard these songs as a kid.

After the first 5 songs, we come to another powerful memory inducing clip. But this recording isn’t music…it’s a time when I took that Fisher Price tape recorder outside and recorded as we played in the driveway of the first house I remember living in. This short clip involves that same cousin Norman, and his younger brother, Matthew, as well as my younger brother Anthony, and a couple kids my mom baby sat, sisters Erica and Tabitha. Norman and Matthew lived just across the street, and they brought over the wagon that Norm had souped-up with bigger tires that allowed it to roll faster. We were pushing each other in that wagon and our standard-issue Radio Flyer, down our driveway. To be honest, this clip ends up being a little embarrassing, because I act kinda immature (hey, I was like 5 years old) and pick on the girls. But I try to console my brother at the end… so doesn’t that balance things out a bit? 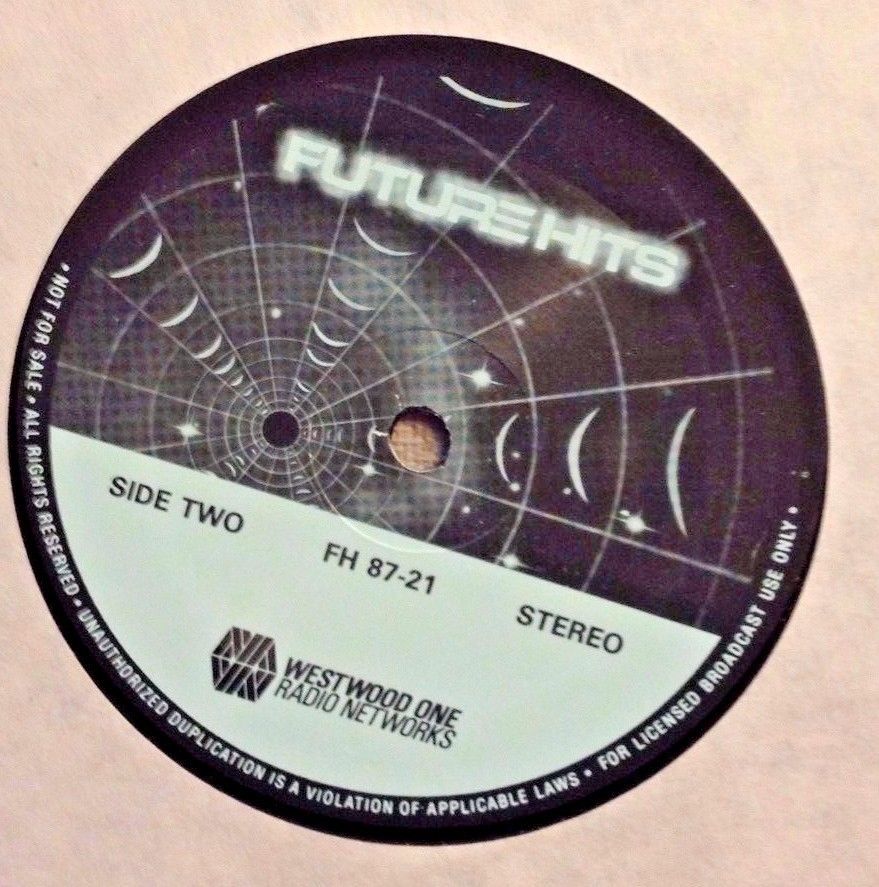 Following that clip, we hear possibly my only recorded off the radio in the 80s bit that has lasted over the years. It’s a couple songs from Dick Clark hosting the year end countdown for 1985 (obviously recorded a few years after the first part of the tape). The special bonus of this section is that you can hear me singing along during one of the songs, because this was recorded by setting my portable tape player next to my portable radio, and you hear all the background noise. I actually used to have more of this year end countdown recorded on another tape… and during the middle of Wham’s Wake Me Up Before You Go Go, you can hear my dad chiding me for playing and singing along to the radio too loudly, especially hearing him declare “that’s garbage” to describe his disapproval of the music I was enjoying so loudly. But just last night Dad was playing 80s music on his blue-tooth speaker, including some Wham… so somewhere along the way he decided the music of my childhood wasn’t so garbage after all. Unfortunately, side one ends after only 2 1985 songs, and that other tape is long lost and/or recorded over.

Well… over 1000 words and I’ve only covered side one of this mixtape. But that was the part of the tape I was really excited about. As for side 2… like I said, it had been recorded over in 1991…features some Shadoe Stevens hosted AT40 and then a show that I occasionally listened to called Future Hits, where Joel Denver would play new songs, trying to introduce and predict the next big chart hits. A couple interesting things about the AT40 clip: the first song was the soon to be #1 hit by one of my then favorite CCM artists, Michael W. Smith (following in the footsteps of fellow CCM favorite, Amy Grant), and before introducing Smitty’s hit, Shadoe announces a Wichita radio station that I remember existing, but never listened to because we couldn’t pick it up adequately here in McPherson.

But finishing off the second side, we find another example of me recording from the radio in the 80’s, with plenty of background noise. What’s interesting here, is that after the Future Hits recording ends, we hear a the end of a lesser known Wang Chung hit, the DJ’s banter at the end of the song, and then that same song starts up again before the tape ends. I had forgotten about that song until digitizing this cassette… so I had to look it up and then include the full song as a ‘bonus track’ to finish out this episode.

Well, I hope you can enjoy this unique mixtape. I really really really wish that I had kept/preserved more of my old recorded-from-the-radio-in-the-80s tapes. It’s so cool to get to hear these brief clips and it makes me really regret the way I recorded over almost all of them, just like I did the back side of this old jewel. But my intention in posting this entire tape like this, is to show just how my recorded tape collection evolved over the years… always recording over the old tapes because whatever I wanted to record at the time seemed more important than what I had recorded in the past. Sometimes it was just that I had a newer, better way to record… the ability to record without all the background noise or eventually recording in full stereo. The bottom line was that there was always something new I just had to record, and I just never had enough new blank tapes on hand… so something had to be sacrificed… 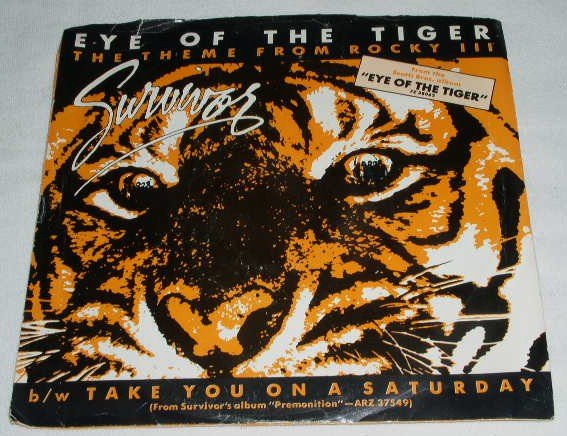