Ummm… sooo… I just watched Dave Made a Maze… and… it was… different.

In what is literally the most unique and weirdest film I’ve seen in a really long time… like a really long time… we begin the film with a guy named Dave who built a maze. His beautiful live in girlfriend finds their apartment’s living room filled with an extensive cardboard fortress, of which Dave claims to be lost inside. When she and some of Dave’s friends attempt to tear it down to get him out, he freaks out and tells them not to do whatever they just did. He’s lost inside and shaking it with him in there is apparently very dangerous.

The idea that a grown man can truly fit in this fort, much less be lost in it, seems far fetched to everyone, but he assures the on-lookers that it is far larger inside that it looks. When his girlfriend finally gives up listening to him and goes in to retrieve him, the little cardboard universe is revealed to be much larger and more complex than anyone could begin to fathom based on it’s outward appearance. Accompanied by a few friends and a documentary film crew, the adventure begins for Dave’s girlfriend, as she begins a rescue mission of sorts.

From here, shit gets real… well, really interesting, at least. People get hacked up by cardboard booby traps and paper that resembles blood and guts spouts off in all directions. The effects are one of a kind, for sure. Along with the booby traps, we’re introduced to a minotaur with a cardboard bull head and a beefy human male body. This minotaur seeks death, dismemberment, and, most importantly, freedom outside of the maze. So, added to the goal of escaping this cardboard fortress of mazes is the goal of not letting the minotaur escape and/or tear anyone to shreds. 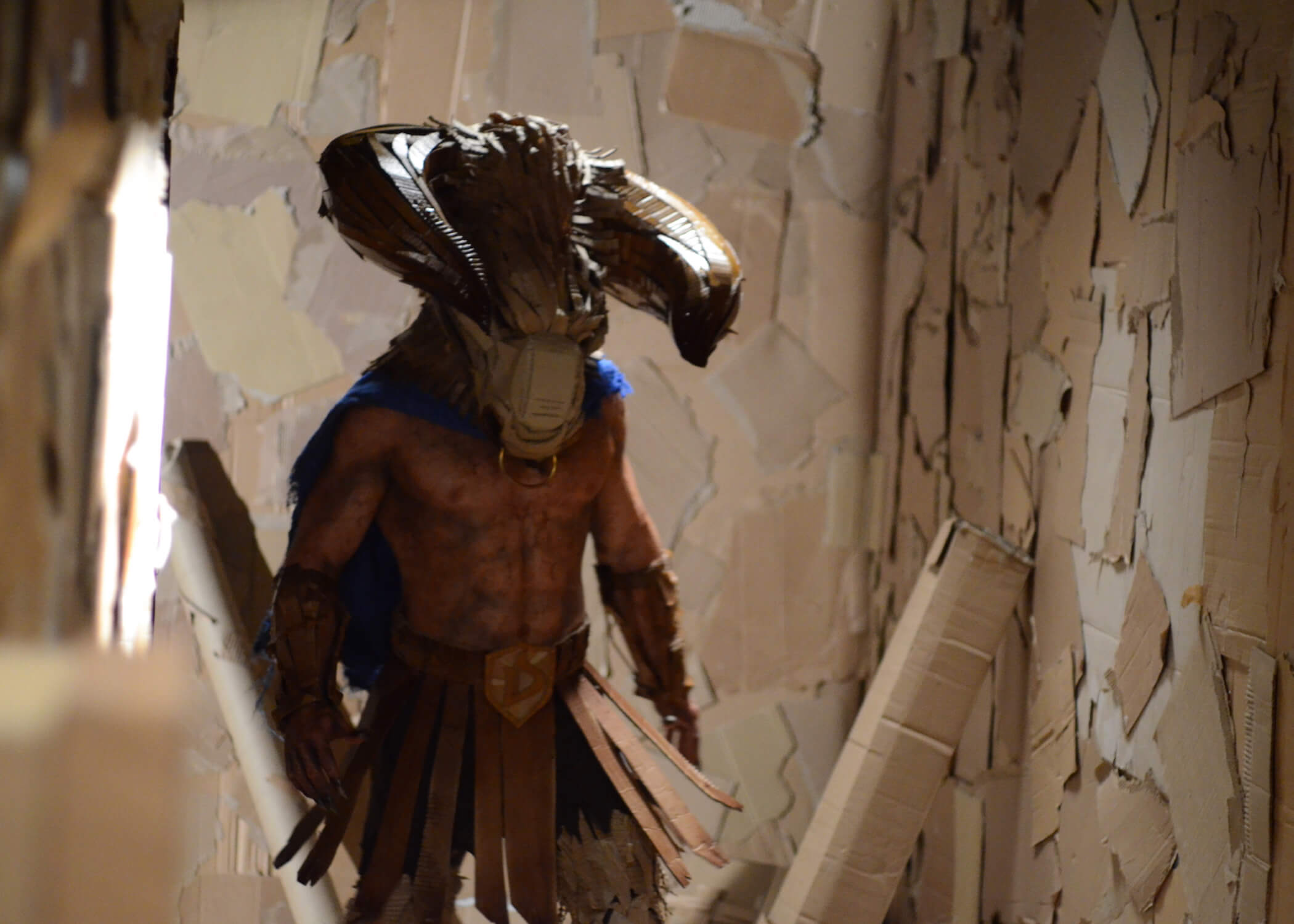 The creepiest scene could very well be when one of the now dead friends is resurrected by the maze as a cardboard marionette (high five!). Yet, this is far from the only disturbing scene, as there are many scenes with varying degrees of creepiness, scares, and outright befuddlement. To call what is going on “bizarre” may be the understatement of the millennium.

Equal parts aburdist comedy, horror, fantasy, and quirky indie drama, Dave Made a Maze is truly brilliant. First time writer/director Bill Watterson has an amazing voice in this film and wrestles with deep existential ideas through a crazy script that employs everything from stop motion animation to Greek mythology to relationship drama to romantic comedy. This film has is all and if you aren’t lucky enough to be enjoying it in Boston tonight, I recommend you get your ass over to davemadeamaze.com and find out how you can see this one as soon as possible. 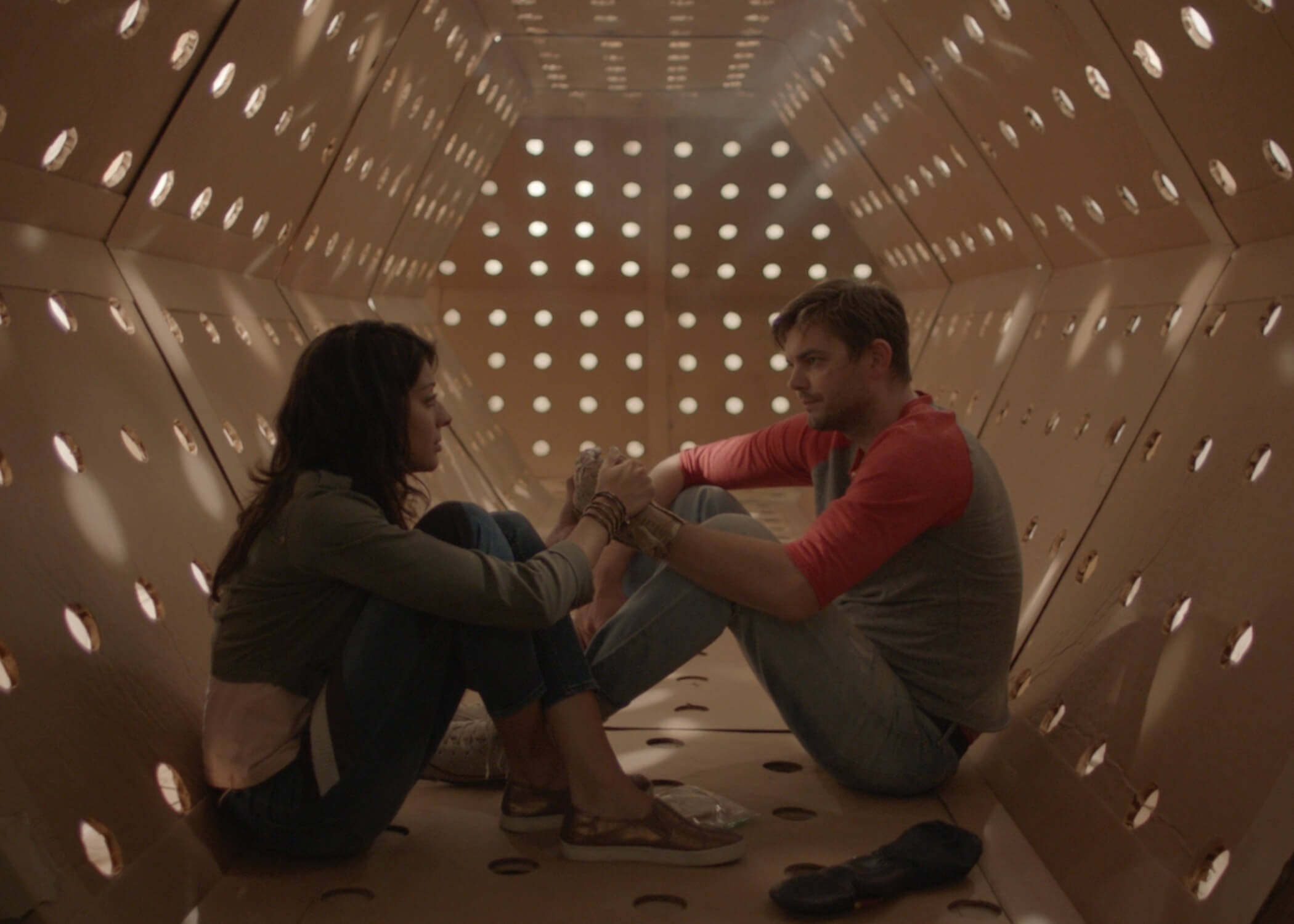 Great call by BUFF putting this film on. It’s exciting and unique in ways very few films are able to be these days.