I had the chance to catch up with a dope artist I met online about the monthly art challenge he was participating in and his awesome drawings.

Hey, thanks for taking a few minutes to chat. Tell us about Inktober and your horror project you’re doing for Inktober.

Inktober is a yearly art challenge started by artist Jake Parker in 2009. 31 days, 31 pieces of art challenge. I’ve never done one, always wanted to, but never committed to it. I decided to do it, but change it up a little by doing characters from some of my favorite horror films. It’s been pretty difficult to keep up with, but a blast. Definitely pushing my creative comfort and stretching myself. And since some people dig my work I decided it would be awesome to make a coloring book out of all 31 drawings at the end. So anyone that wants one, keep up with my art and get one once I’m finished!

Have you always been into horror? What are some of the films that drew you into the world of horror in the first place?

Yeah. Growing up my favorite film was The Wizard of Oz. I loved the flying monkeys. I know a lot of kids were afraid of them, but I thought they were incredible. Not really horror, but I think that’s what got me into the crazy beautiful world of the weird and horrific. Growing up I was a super hardcore movie nerd (still am), practically all I did through school was watch every movie I could. My mind was blown by the Hammer Horror films, the early Universal Horror universe, and a lot of Japanese horror. One of my first real horror memories that I always think back to was seeing Night of the Living Dead at my 4th grade birthday party. Scared the shit out of me. And gotta give mad props to Evil Dead 2, which opened my eyes to horror comedy.

When did you get into drawing? Is ink your preferred medium or just the medium you’re using for this project? What other types of media do you like to use for your art?

I’ve drawn forever. Literally, I’ve been alive for 546 years. But yeah, forever. Inking, and art in general, has always been a very therapeutic thing for me. It takes a shitload of concentration, and you could easily fuck up your drawing with one bad move of the pen. I like that permanence. I mostly prefer pencil and ink. I’ve done some acrylic and oil paintings as well, but I’m a little too impatient for painting. I also make films and music videos, and my latest short film is in the festival circuit right now. It’s a fantasy/horror film called The Bell that revolves around a father and son on their final hunt before winter. After all the festival screenings it will be online for viewing.

So, let’s do the horror nerd thing… ready?

Fave horror movie (if you had to choose 1):

Damn. It would probably have to be American Werewolf in London. That transformation! And I love how simple the film is.

Fave horror movie of the past year (again, only 1):

Let’s say The Wailing. Fucking insane movie and so beautiful to look at.

Most obscure fave, like a recommendation of something you love that you suspect most people haven’t heard of:

I love the film Pontypool. The premise of a “zombie” infection being spread the way it is in the film is so sick! I’m also a big fan of single location horror films. 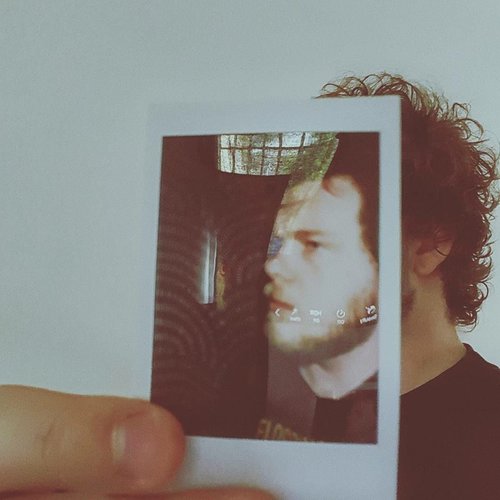 Ok, well, I guess I’ll let you run, but before I do, where on the Internets can folks find you?