Let’s start with the concept, a TV series collaboration between the Go90 and El Rey networks. The series, entitled Rebel Without a Crew, bases its name on the diary/autobiography of El Rey’s head honcho, Robert Rodriguez. The idea of the series was that the filmmakers get $7k and nothing else. No crew, no equipment, nada. Enter one Alejandro Montoya Marin with nothing more than a dream… and, that microbudget of $7k…

The film Marin made, entitled Monday, straddles that line between a short film and a feature. At roughly 57 minutes, it plays like the pilot of what could be a really entertaining television series.

We begin with Jim, who is clearly having a bad day from the time he wakes up… we just don’t know how bad it really is. As we follow him throughout his day, we see him go through one awful thing after another until it all comes to a crazy head just before midnight. Over this day, Jim loses several important things in his life, but by the end, it seems he just may have found himself in the process.

This is the quintessential “bad day” story. It’s insane and hilarious at times, but heartfelt and emotional at others. It’s definitely a comedy, but to leave it at that feels like shortchanging it a bit. Perhaps calling it a “madcap dramedy” would describe it better. Nonetheless, it ends up being the perfect setup for what feels like it would be a great show about a guy who routinely faces adversity and gets through it through a combination of effort, charm, and lucking his way through it all. In fact, I’ve got it… it’s a secret agent show, we’ll call is “Agent Monday”. You’re welcome for the idea, Alejandro. But I digress…

As this film stands, it’s a blast. There are certainly the markings of a young director and a limited budget, but none of these markings take away from the fun of the film. Without a doubt, the most important word in describing this one is fun… it’s simply a lot of fun. Stay tuned and keep your eyes open, as the film is sure to start popping up for more and more folks to see. And pay attention when you inevitably hear the name Alejandro Montoya Marin again, this kid has some real talent. 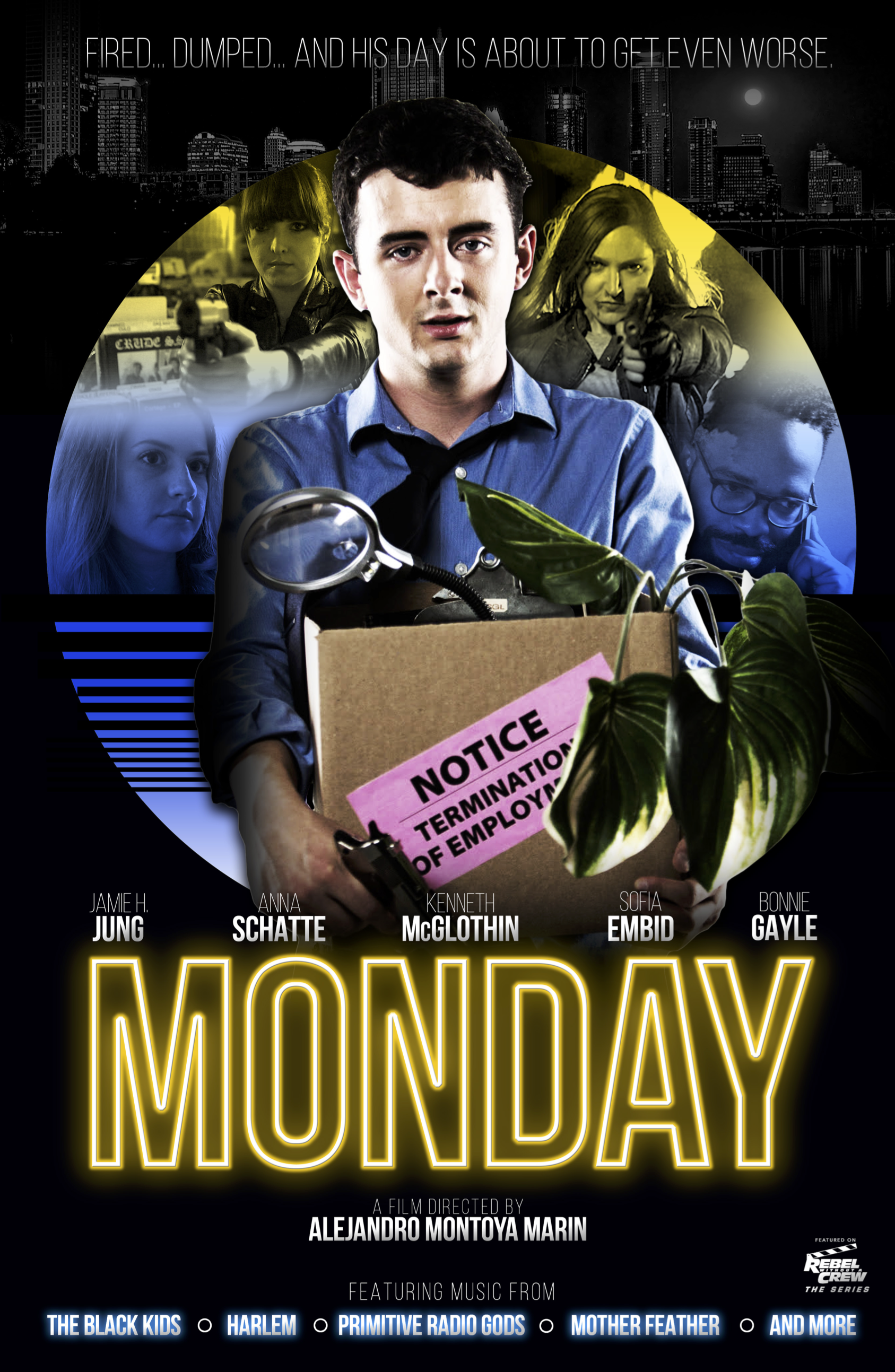