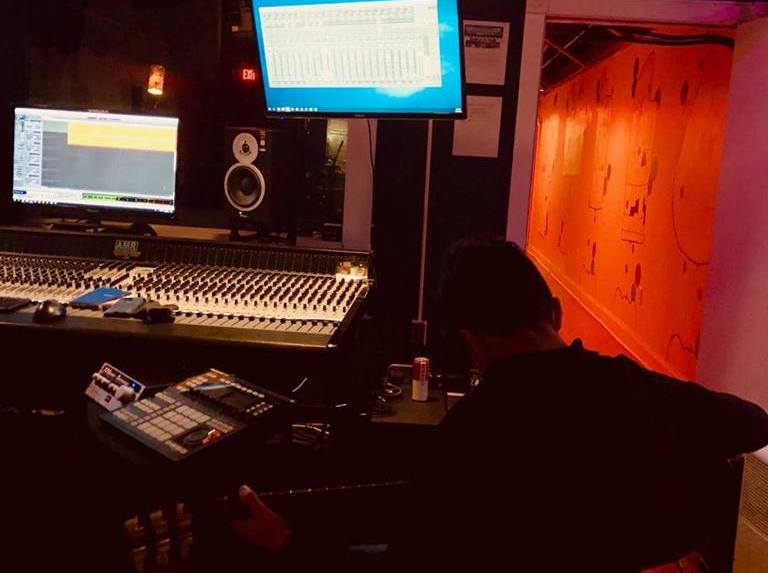 The lead track from the new Acidic Base album shares the title of the record – “Purple Skies”. Fans of EDM, house, and other electronic music, will immediately find the track catchy, well constructed, and entrancing. In fact, the complexities of portions of the track are even challenging, sometimes even begging for a much closer inspection that one would expect. But there’s an added feature… the musical prodigy behind this track – and this album – is 8th grader and Chicago native, Siddharth Goswami.

At age 6, Goswami feel in love with music, and by age 12 he began writing and recording his own. Citing inspiration from unlikely and diverse music ranging from Billy Joel to Led Zeppelin to deadmau5, Goswami displays an understanding of music and a love for music that far surpasses so many artists who’ve been making music for decades and decades. His aptitude to song composition and desire to blend in more diverse and interesting musical influences is impressive, to say the least.

About the album, the amazing young man said:

This is my debut album, and it combines many global influences and themes. The album is a mix of various styles of music culminating into electronic format. You will observe my love for improvisation directly in numbers like “Halcyon” and “Mountain Face”.

My musical work “Chernobyl” is a 2 part composition as a tribute to Chernobyl disaster. The 8 min + piece tries to tell the story from the start of the event to the aftermath followed by massive radioactive mutations. While composing based on themes, I have tried to adapt it to Electronic EDM styles.

“Blurred” is more traditional to the typical EDM styles. However, in some parts it is a very light song, while in others it is pulsing with deep bass.

You can check out the entire album, which dropped in December, on Spotify, but start right here with the opening track and find out why Acidic Base is turning heads. Such an impressive start to what is sure to be an impressive musical journey and career.