Selena Kirby is not just your average 17 year old posting duck face pics on the Snapchat. I mean, she may do some of that, but she also has an Instagram page when she posts her adventures in makeup effects. I discovered her creepy photos on her’s mother’s Twitter feed. If you follow us on Twitter, you may have noticed the many RTs.

So, Selena, you’re only 17 and you turn yourself into some of the most grotesque monsters I’ve seen on Twitter (and that’s saying something these days). What got you into makeup effects and how young were you when you started?

The thing that got me into sfx makeup was just watching YouTube. Mykie, from Glam & Gore, taught me so many simple ways to do makeup without having to spend a ton of money on things that I can’t afford. I think I was just sixteen when I started. I haven’t been doing this for very long. I am just a quick learner!

I take it you’re a big horror fan. What are some of your absolute favorites?

Oh goodness! Some of my favourite horror movies? That’s a hard one. I guess it would be between Silence of the Lambs and Donnie Darko. But, if we’re talking gruesome stuff, then Hellraiser is definitely my favourite. The makeup in that movie is sick!

Have you ever designed something that your parents or friends couldn’t even look at? Or, for that matter, have any been so frightening and/or gross that it’s hard to look in the mirror? 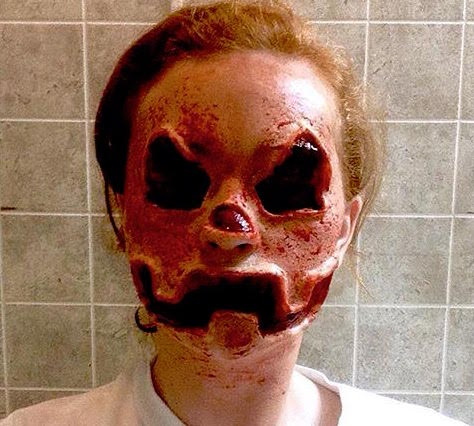 I’ve been following your makeup adventures this October through your mom tweeting about them. Is that the best way for people to see what you’re up to or do you have another place folks can check out your various looks?

Actually, I do have an Instagram! It’s lena_kirbyy and I’m thinking of starting a channel on YouTube one day when I’ve got the money for recording equipment. That would be super fun!

I assume that since mom is tweeting these every day that she approves. I actually think based on her tweets that she more than approves and is actually very proud of your abilities. Do you get flack from any of your other family or friends?

I don’t! Everyone is so impressed by what I do. It’s crazy how many people like this stuff. When I first started, I had no idea people would be this interested. 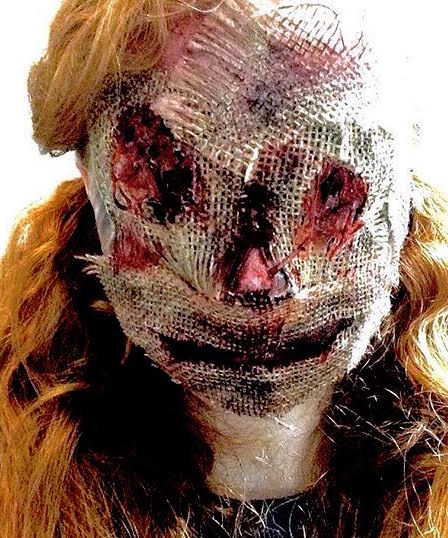 Do you want to do this as a career? Plans to go to school somewhere to learn more, like Savini’s program at Douglass or somewhere else? If not, what are you looking to do and how do you plan to keep this going, just as a hobby or more?

My choice in career is actually becoming a blood spatter analyst. I enjoy forensics, and I love the idea and concept of going through all these different mechanisms to find out how this person died and when they died and who did it. That’s just so neat to me! If that doesn’t work out, I’m also striving to be an actress! I already do theatre at my local college, and when I’m eighteen I hope to move to New York to go to college at AMDA.

Thanks for stopping by the site. Maybe one day if/when I get the podcast going again (as I had planned to do in September, but we see how that turned out), I could have you on with one of my other friends who does this kinda stuff for a living. It could be a lot of fun. So, before you going, any final words for the ghouls and boils at home and work reading this now?

I have gotta say to them to be yourself, obviously… how cliche is that? I’m not good with words of wisdom or whatever you’re looking for. I’m just trying to get through my senior year of high school without crying or dying. 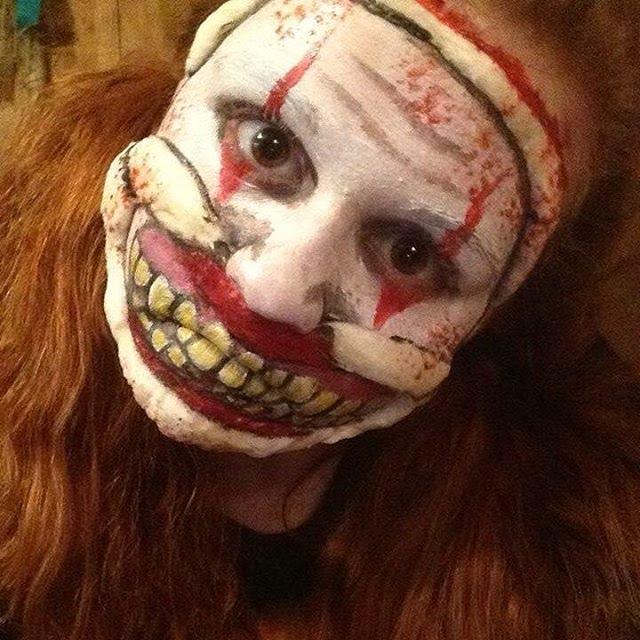 I love that last line because I think most of us can relate… even if it has been 15-20 years (eek). Thanks for sharing your talent with us, Selena!