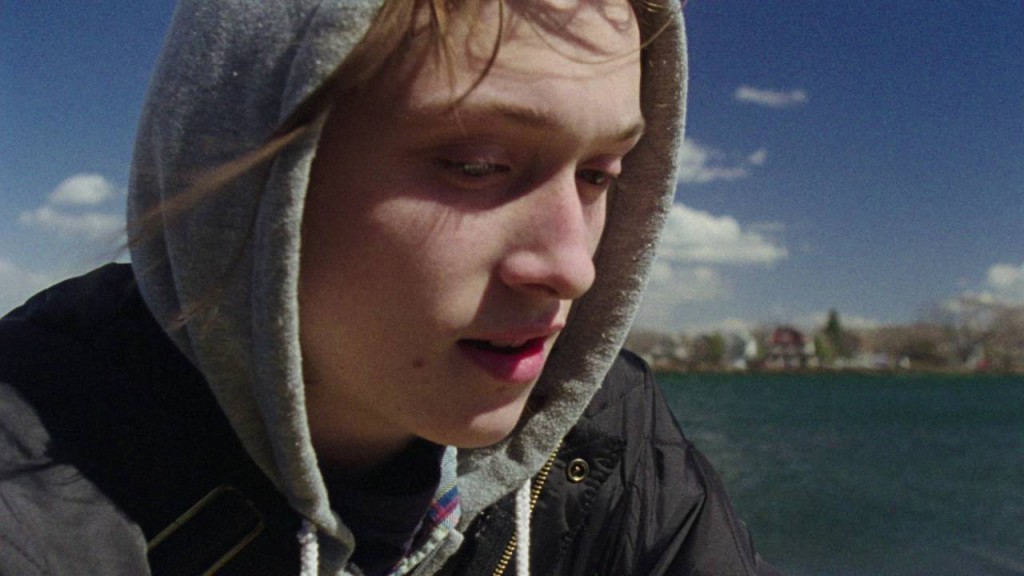 From the onset, John (Max Records from Where the Wild Things Are) presents as a young man of little affect. He seems completely unfazed by the presence of death and has a very even temperament. We soon find out that despite being a good kid on the whole, he is a diagnosed sociopath who has certain rules he imposes on himself to ensure his lack of an internal moral compass doesn’t lead him to do something awful. Despite having little to no emotion throughout, John becomes an interesting presence very early in the film.

Max Records is a unique force in this film. He has certainly grown and matured since portraying the young hero of which he shares a first name in 2009’s Where the Wild Things Are. His quirky, yet confident screen presence is very reminiscent of the young and talented independent circuit stalwart Lou Taylor Pucci. Only a few years older than Records, Pucci has been seemingly ever present in the indie genre film scene for the last decade, with moderate crossover success into the larger mainstream market. With a couple more performances like this one, I expect Records to have a similar type of career, if not one with a bit more mainstream success.

Despite Records turning in an incredibly strong performance as the lead, it’s one of the supporting cast members that truly makes the film what it is. That actor is Christopher Lloyd, portraying an elderly man named Crowley. And, what’s truly amazing is that this may be the best performance of his career. This is no small statement to make when one considers that Lloyd has embodied iconic roles, such as Doc Brown, Uncle Fester, Judge Doom, Jim Ignatowski (TV’s Taxi), Max Taber (One Flew Over the Cuckoo’s Nest), Commander Kruge (Star Trek III: The Search for Spock), and Professor Plum. 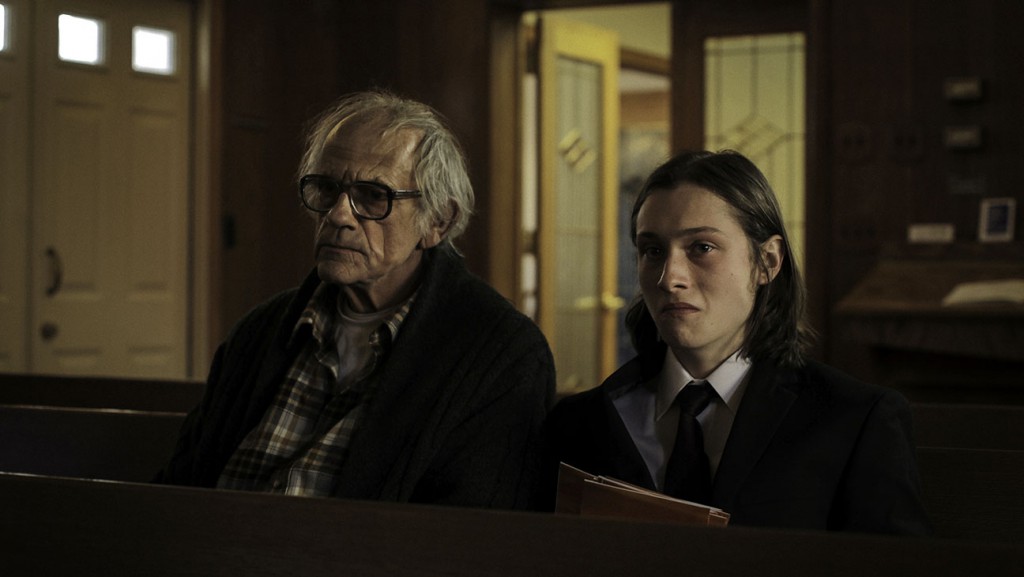 Here, Lloyd is subdued, engaging, and just the right amount of weird. He is both easy to be suspicious of and comfortable speaking to. He’s lovable and endearing, yet with something that’s a bit off. In short, Lloyd’s portrayal of what already seems to be a very well written role (note: the film is based on a book that I’ve not yet read) is extremely intricate and nuanced.

Thematically and tonally, the placement of William Blake’s “The Tyger” in the film, as read by Lloyd’s Crowley is certainly not a mistake. A much analyzed and dissected poem, “The Tyger”. The poem is from the “Songs of Experience” in Songs of Innocence and of Experience. Each song of “Experience” is mirrored by a dong of “Innocence”, looking at the same themes from a different perspective. Blake was big on the concept of “contraries” (as he called them). To Blake, the tiger (or, “The Tyger”) represented beautiful aesthetics paired with visceral tenacity and ferocity. The serenity of the tiger’s “contrary” (as represented in his song of “Innnocence”, “The Lamb”) is juxtaposed by the fierceness of the large feral cat. Both the tiger and lamb are created by the hand of God and are equally beautiful; neither are evil, both are pure and part of God’s creation. Despite the capacity towards vicious rage, the tiger is not inherently evil. Though, Blake does question himself in his poem and ask if God’s hand truly made such a magnificent beast.

Tyger Tyger, burning bright,
In the forests of the night;
What immortal hand or eye,
Could frame thy fearful symmetry?

John is the tiger, born into a condition where he has all the wiring to be a fierce killer, but not evil. He still has the choice to be good or evil. He is still pure. He is God’s creation.

Crowley is the tiger, as well. There’s a beauty and a calm on the outside. He is a kindly old man. However, there’s a capacity for murderous actions within him; I mean, there really is within us all, making all humans the tiger in some sense. Yet, Crowley’s tiger is something different. In fact, is Crowley truly part of God’s creation? Is he pure?

When the stars threw down their spears
And water’d heaven with their tears:
Did he smile his work to see?
Did he who made the Lamb make thee?

Blake’s poem, a beautiful and heretical tome that continues to be studied, is ever present in this film in ways that far outnumber the words of this review. This film is small in scope, but big in its implications. The story told and themes wrestled with are what life is made of. Even on the surface level, where we follow John and he becomes a Dexter-like detective (without straight up slaying those he suspects to be wrong doers), there is so much there. Under that surface level, there are layers upon layers. 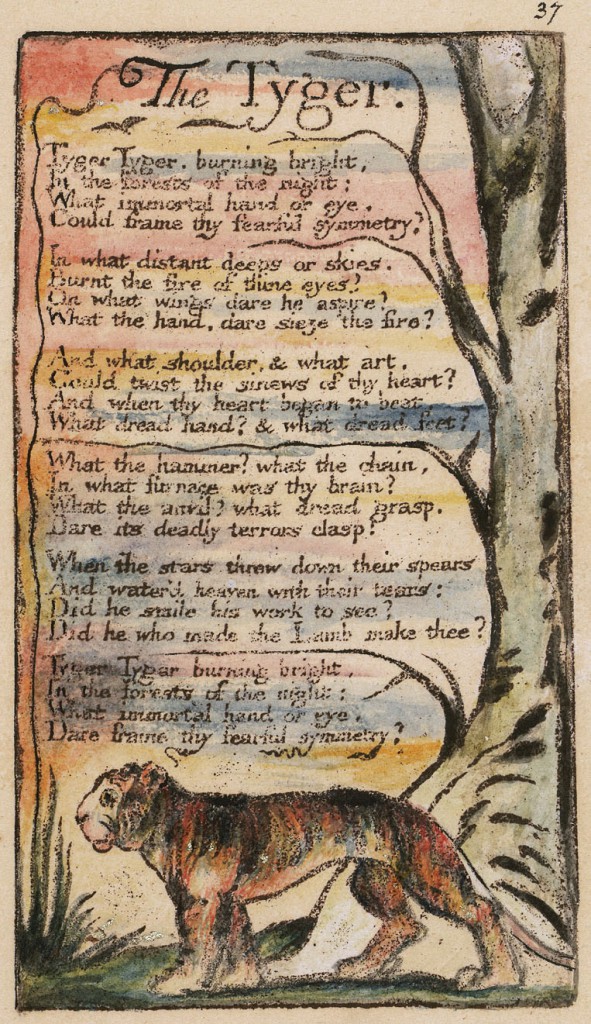 Thus, to summarize this rambling, semi-coherent monologue from a former literature major about an offbeat and different type of horror film, Lloyd and Records are brilliant in this well-written story that weaves in science fiction elements, a mystery thriller, and the thematic exploration of what good and evil really look like (both in the world and in ourselves). I feel honored to have had the pleasure to screen this as part of this past Summer’s Fantasia Fest and again recently on VUDU (my personal preference for watching at-home VOD films), it’s truly an interesting film to watch, ponder, and write about. And, even as I wrap this review, I don’t expect I’m done doing any of those three.

While some action junkie types could find this film slow, there’s so much to chew on that film is anything but boring. In fact, delving in too deep could just get you into trouble. And, to quote another character with an affinity for Blake’s “The Tyger”, Tim Sullivan from The Dangerous Lives of Altar Boys: