I wasn’t too keen on Blood Feast and its lack of interesting characters and story, but Scum of the Earth worked surprisingly well despite my moral objections to its premise (and perhaps even its existence). I find myself wondering what kind of mad man sets out to make movies specifically to disturb audiences, and more importantly why I’m growing more fascinated by him and this approach with each subsequent movie. 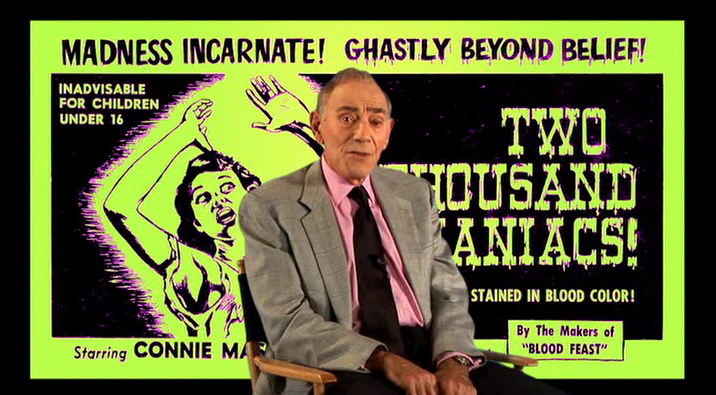 And so I’ve arrived at Two Thousand Maniacs!, a film which, while laying out why it’s his favorite of his own films, Lewis describes like this in the intro on the Arrow Films box set The HGL Feast:

Two Thousand Manics! was deliberate, where Blood Feast… was almost accidental. With Blood Feast we had no idea whether anyone was going to see this movie or not. Then, feeling some shame at how little we had invested in a movie that was really… knocking them dead at the box office, I said to my partner at the time, ‘What if we made a good one?’

HGL really knows how to sell his movies and get me excited about them. Each of these videos features a man still delighted by the idea that he even completed a film at all, let alone one that people actually saw and talked about. Something about getting to know him over the course of these introductions has added more and more charm to each of these accidents (his words), if you can call them charming. 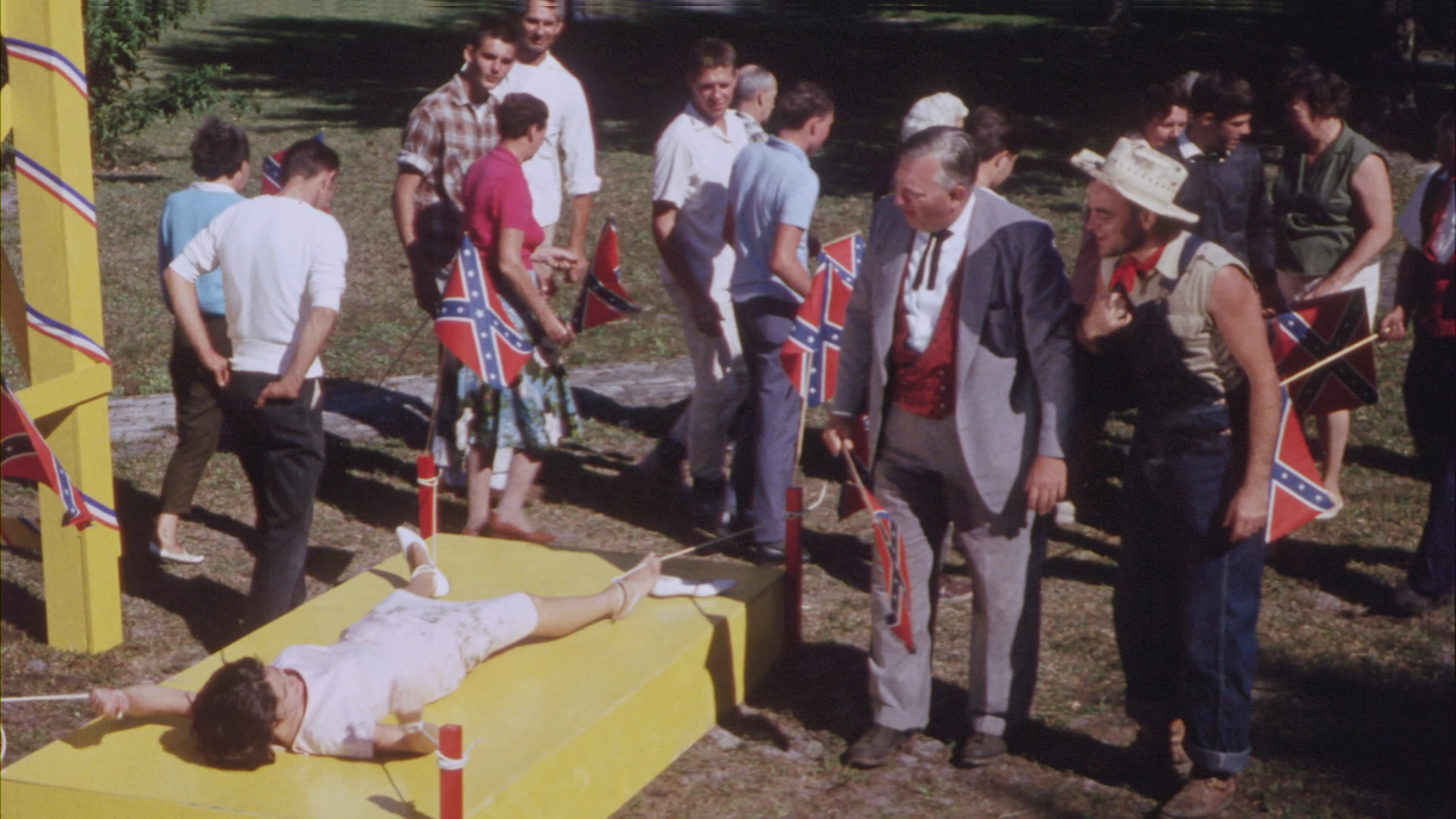 Two Thousand Maniacs! finds two different groups of “yanks” driving through the deep south on their way to Florida and Atlanta. Both groups are tricked by fake detour signs into driving off the beaten path into a small town called Pleasant Valley, just as it begins celebrating its centennial. Of course, it turns out their centennial also happens to be the anniversary of the date Union soldiers entered their town and slaughtered everyone in the streets – and the good, Confederate Flag waving, noose carrying folks of Pleasant Valley intend to show their Northern guests just how little Southern hospitality they have left.

Two Thousand Maniacs! is yet another upgrade in terms of story telling from Lewis. There’s a more traditional three-act structure here, characters that seem to have a life outside of the movie, and at least some semblance of a point – though we could argue about what exactly that is. The movie is often slow, especially when characters are making really dumb decisions that keep them in Pleasant Valley longer than any rational person would stay, but every time it feels like the movie might crawl to a halt, Lewis gives us some of that glorious splatter we’re here to see. And he really goes for it here, with a series of “games” the citizens of Pleasant Valley play with their Northern victims. The gore is far more effective here than it was in Blood Feast, and not just because of the physical execution – he creates a palpable tension in each sequence by teasing just how horrible the deaths will be as the townsfolk prepare their victims with the rules of each game they’ll play. A man’s limbs are tied to four horses and torn off as the horses run in different directions; a woman is crushed by a boulder that only falls when a target that suspends the rock above her is hit with a rock; a man is put inside a barrel, nails are hammered into it, and he is then rolled down a hill in the nail-barrel. Theses sequences are as fun as they are gruesome, due to the bizarre setup and glee with which the gore is employed. This is exactly the kind of movie I expected to sit down to when I began this box set. 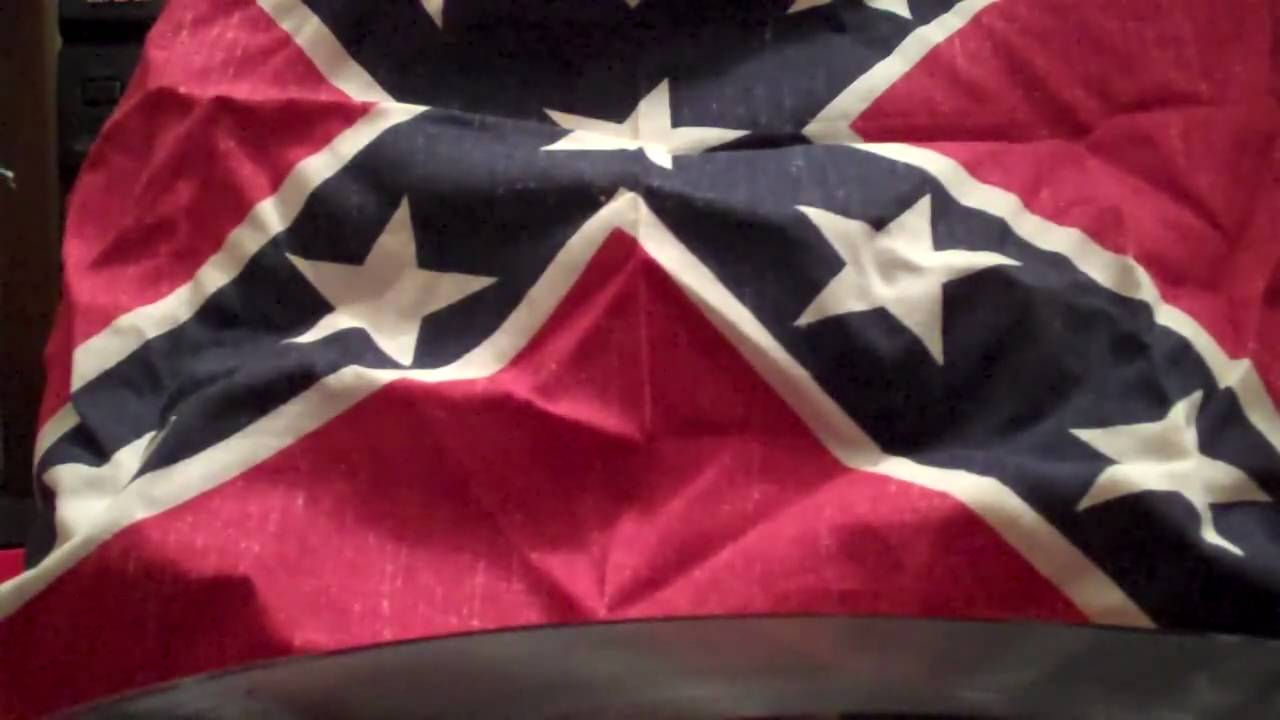 What I did not expect, however, was for Lewis to throw a curveball at me and give his movie a twist ending. In the end, our surviving characters find out that Pleasant Valley no longer exists, and there are no remnants of the town they just spent a tortured weekend in. It’s perhaps not the greatest twist, but the fact that he was focused on telling an interesting story here and giving the audience something to talk about afterwards other than how awful his movie made them feel is a twist in and of itself that I did not see coming. While the twist here doesn’t add a whole lot to the story or make you rethink everything you saw like a good Shyamalan ending might, it’s a clear moment of growth for Lewis as a storyteller, and it does finally make one wonder what it is Lewis is after in this movie.

What is Two Thousand Maniacs! about? It seems to me it’s a story about paying for your ancestors mistakes, especially given the twist at the end. Yet, it’s a story about Northerners having to pay for the Union’s mistakes, an angle on American history that doesn’t often enter “liberal” Hollywood’s output. Generally, we’re meant to believe the Union were the good guys, and the Confederates the bad guys. Lewis does something kind of interesting here where he never for a second makes you think we should have a little sympathy for the Confederates, as their ideology is what leads us to the “ends justify the means” celebration of the Union, yet he does force you to reckon with the notion that just because the Union was in the right, doesn’t mean their own heinous actions over the course of the Civil War were justified. It’s admittedly an odd angle to take, one that perhaps “whitewashes” American history in its own way (there are no mentions of slavery in this movie, nor a single black cast member), and even odder given the film’s title, which implies the innocence of our protagonists and the villainy of our antagonists. It’s actually such a complex take on the Civil War that I’m not convinced it even entered the realm of Lewis’ intent, though maybe my own inability to make heads or tails of that intent is fueling that feeling. 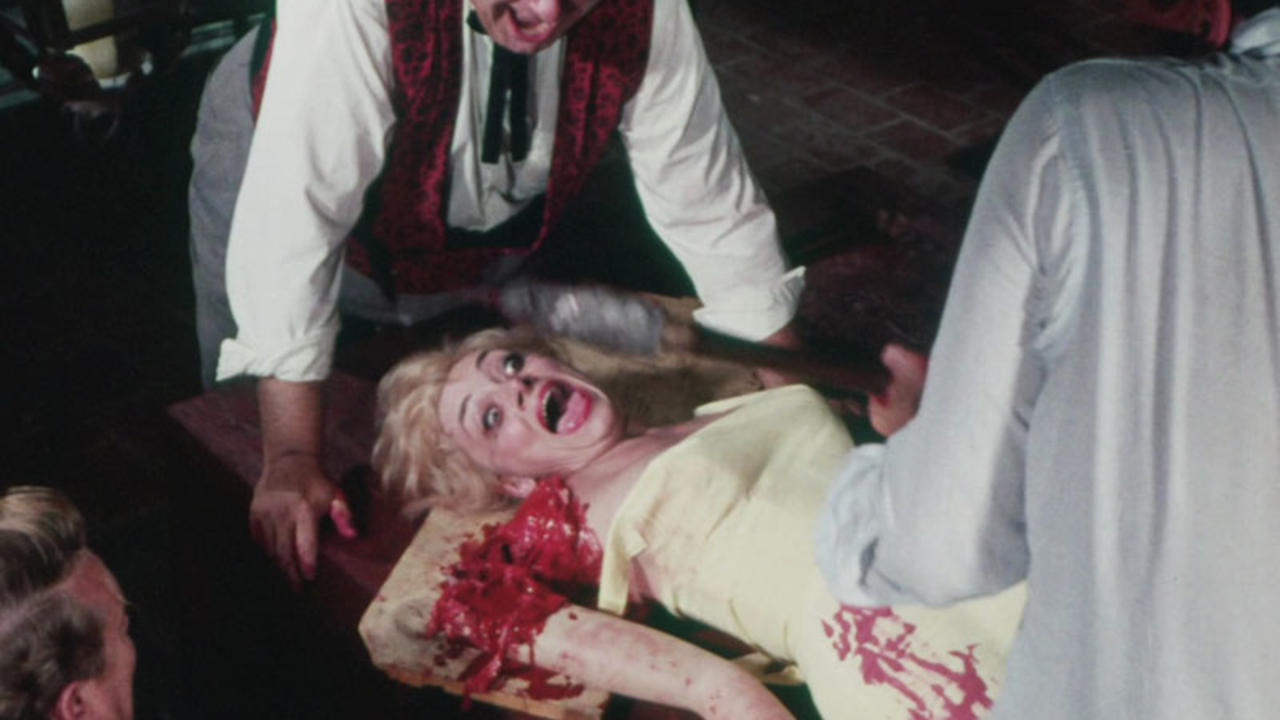 Regardless, I had a really good time with Two Thousand Maniacs! This is the kind of movie I’d like to see on the big screen with a knowing audience that will boo and cheer at all the right moments, and give a hearty laugh to every poorly written line and motivation. This is the crowd pleaser I was expecting when I dove into the world of HGL’s splatter films, and that gives me hope for my future experiences with the rest of this set. What does not give me hope, however, is Lewis’ own insistence that this is his favorite of his films, and the one where they tried to make a “good movie.” I hope that was just a big sell Herschel – it worked, but I’d like to hope that you continued growing as a filmmaker and storyteller beyond this point. Only time will tell, as our journey is still only just beginning. But one thing I can say for sure about Two Thousand Maniacs! is that it makes an incredible case for just how much Splatter Matters.