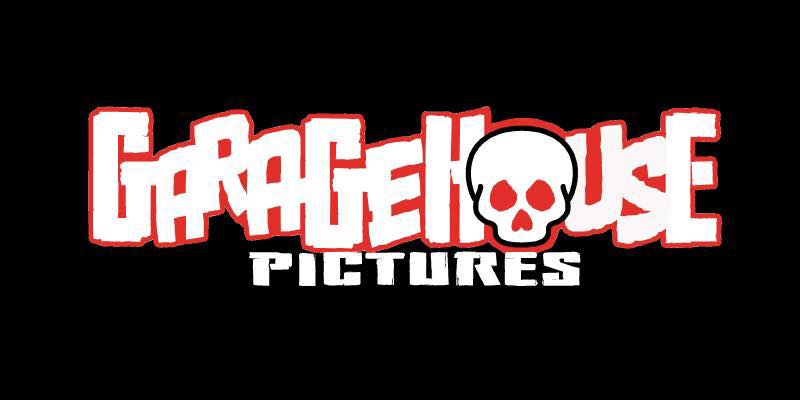 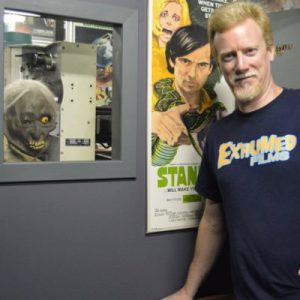 You may have noticed me blab about releases coming out via a boutique releasing company called Garagehouse Pictures hailing from my home city of Philadelphia. If you haven’t keep watching, because they’ve got many more that interest me releasing in coming months. And, I’ll be reviewing their latest, a 1962 regional horror comedy called The Dismembered, in the next week or two. So, you should notice more of their great releases showing up on the site. They were also discussed on the Paul Kyriazi episode of the podcast, as they released his long forgotten Ninja Busters, an action comedy gem you should all see.

I reached out to Harry Guerro of Garagehouse to find out some more about the company and about Exhumed Films, another amazing film collective he helped found. Check out out brief interview below:

Hey Harry, thanks for taking some time to chat with us. Can you tell us a bit about your history with film? When did you get sucked into the world of film and how did it progress?

Video stores. I was an insatiable renter and later worked in a few, which led to some friends and I forming Exhumed Films in ’97. Once we started presenting screenings – before anyone else was regularly doing it, and before it became a hip thing to do – I quickly realized how futile it was to find prints of most of the cult genre and drive-in movies we wanted to play, so I began collecting and archiving prints on my own.

And when did this lead to the formation of Garagehouse?

Over the years I amassed a huge collection of film prints and in addition to supporting my own screenings, and assisting repertory theaters and festivals worldwide, I was loaning a lot of material out to DVD labels. Since a lot of companies are content to reissue the same tried and true genre movie titles over and over again, I felt there was a niche where I might step in to bring some movies that have never seen a release of any kind to light for the first time; a situation where if I didn’t do something, likely no one ever would.

You’re part of the Exhumed Films team, for those outside of the Philly/Eastern PA film scene can you tell us what Exhumed is all about?

We’re about putting movies up on the big screen where they can be enjoyed the way they were meant to be seen: on film with a crowd in a theater. The idea was born out of a desire to recreate an experience we missed out on, or recapture a time that had a nostalgic effect on us. When we started no one was doing what we do, and it was before you could walk into Best Buy and come out with a $15 DVD of DEMONS. It was a great novelty to be able to see something like that projected for three hundred plus people the way it was originally shown at a time when only VHS bootlegs were available in the US.

What are some of the titles you’ve screened at Exhumed that you’d love to see get proper Blu-ray releases, whether from Garagehouse or from another of the great boutique labels out there?

There’s so many of them! I particularly like to showcase titles that haven’t yet been given their due for the annual eX-Fest that we do in Philadelphia each year. Rarely shown gems like Bare Knuckles, No Mercy Man, Swingers Massacre, and Dynasty.

Do you think that having several great boutique labels like yours is good or do you think the competition can hurt the future of physical media in any way? And why?

I don’t think there’s any way that there can be too many labels seeking out and remastering/restoring films to get them out in some kind of definitive or semi-definitive form on video could ever be detrimental to physical media format. That’s what it’s all about. The product will always be there for collectors and future generations; if it’s not out there where the masses can get to it, the danger of films being lost to time is greatly increased. The time is now to track down neglected film materials and get rare titles preserved in some fashion. This stuff isn’t going to last forever, and as I’ve found with a number of our Garagehouse releases, we’re often forced to work with what we’ve got, since negative elements have been lost or have gone bad and are unusable. One may never know when they may have the last surviving print – or VHS tape for that matter – of a movie. If the material isn’t replicated so it can be put on a shelf somewhere for a collector to care for it, a part of history can be gone tomorrow.

Awesome, so before we wrap this short Q&A, can you hit us with a few of your most exciting releases?

I’m excited for each release or otherwise I wouldn’t do them. The Intruder, a proto-slasher film with a cast including Mickey Rooney, Yvonne (The Munsters) DeCarlo, Ted (The Addams Family) Cassidy and directed by and starring Chris Robinson (Stanley) is something I’m looking forward to putting out there. It’s NEVER been seen anywhere, and the print we mastered from was the only one made and lost for decades, which prevented it from being issued earlier. As a big fan of Italian horror movies, I’m thrilled to be doing WEB OF THE SPIDER. It’s previously only been available in the US in a cropped transfer from an edited-for-television master. Our release will be the uncut US version (the extra bits from the Italian version that were never dubbed into English will be included as extras) in all it’s 2.35:1 grandeur. I’m also really looking forward to our two Andy Milligan projects – Monstrosity and The Weirdo. Milligan is a director who really got a raw deal as far as his filmography is concerned. His producing partner reputedly ordered much of his films — potentially his best work – to be destroyed after a disagreement. It’s the hope that someday movies like the lost Milligans will be found and rescued that will keep us going – provided there’s the support from the collector community to help us along.

And for the local kids, what Exhumed events are you most excited for, like if I said I could only get to 1-2 events, which should I prioritize?

I’m first and foremost excited for a big revival of 70s/80s over/under 3D movies that we’re about to announce. I’ve custom built a new 3D lens system that combines new and old technologies and invested thousands in obtaining specially designed 3D glasses. We at Exhumed have always been 3D nuts, and until the recent eX-Fest — where we brought back Dynasty in 3D — we haven’t be able to show anything in the format since 1998 (when we screened Friday the 13th 3D) since no area venues had the requisite silver screen. The new system allows us to show 3D on any surface, so expect to be literally bombarded by the likes of movies such as Jaws 3D, Revenge of the Shogun Women, Rottweiler, etc.! There’s also the weekend-long events we’ve been doing at the Mahoning Drive-In Theater in Lehighton, PA: ZOMBIEFEST III (May 26-28th), ANIMALS GONE WILD (June 23 & 24) and SCHLOCK-O-RAMA (July 27 & 28).

Thanks again and one final question, as someone who’s been behind the scenes as a programmer and in a film releasing company, any advice for folks who want to make films or get involved in the film scene in some way?

I don’t consider myself really connected with the industry by any means – I prefer to remain outside of it – but I suppose the best advice I could give is if you’re passionate about something, take the risk, stop talking about it and do it — and surround yourself with friends that have the same interests.