Everything about Punk Fu Zombie seems designed for a person of my own (delicate) sensibilities, so why did I find it such a chore?

It’s a gleefully chaotic, micro budget hodgepodge of half-baked ideas, zombies, ninjas, and French Canadian politics. It’s extremely violent, packed with knowingly crummy digital effects, and has an awesome robot that assists our main character. The version I watched also had beautifully awful subtitles, making mincemeat of the already shaky plot. Considering my background in ultra low-budget and amateur cinema, this should have been right up my alley. But eventually these disparate elements became awfully tiresome, and a lengthy run time makes getting through it a drag.

Part of the problem is that I’m not the target audience for the film, which is centered around a (literally) demonic corporation helping hapless politician Charles Maurice (Stéphane Messier) achieve Quebec’s independence, while inadvertently starting a zombie apocalypse which splits the province into areas populated by various bizarre groups, including a indigenous-influenced (called Native Americans here for reasons I can’t begin to explain) hippy commune that practice “punk fu”, anarcho-socialist ninjas who resist the military police of the ruling party, and a group of sadistic mutated rats that roam the wasteland.

You got that? Well, that only scratches the surface of the oddness on display. Our lead character is Zak (a bland Xavier Dumontier), the son of the Quebec president who is destined to bring the province together according to a vaguely defined prophecy involving an arrowhead sash and plenty of Quebec history that I’m not familiar with. The only problem is that Zak would rather spend his days playing Nintendo and smoking pot, and has to be forced into joining the province’s military police to track down the mysterious ninjas, led by Lily (Kim de Falc). Lily and Zak meet and, after a truly bizarre (and drug influenced) night of passion, the two fall in love. Can they work together to bring down Charles and his despotic regime? 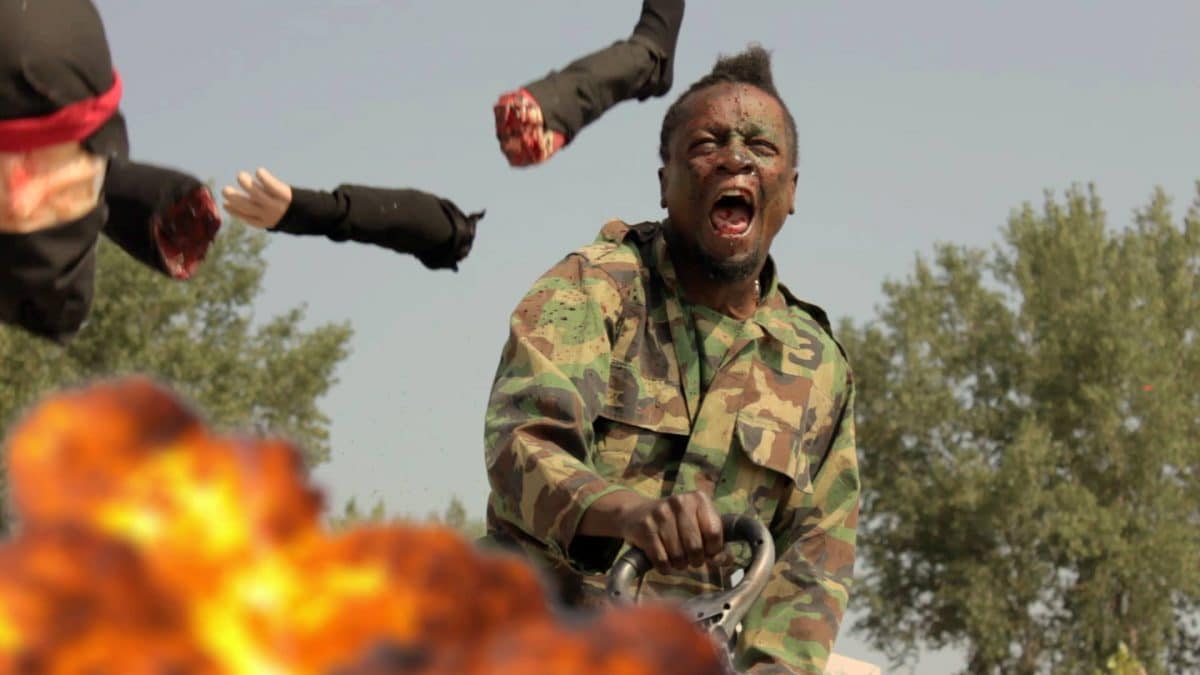 If you’re charmed by amateur acting, pitiful dubbing, and people with zero physical skill performing martial arts, there’s plenty to enjoy here, but even several inspired action sequences reminiscent of early Troma grow tiresome thanks to some dodgy editing. Combine this with a lead entirely devoid of charisma, and a plot that culminates in an admirably nihilistic, but unsatisfying, manner, and it often feels like a weaker version of the already nostalgia obsessed Turbo Kid.

Perhaps more familiarity with the satirical targets on display, or being able to understand Canadian French, would increase my appreciation for what remains a very impressive achievement on what was obviously a low budget. But in its current form, it’s best appreciated by Quebecers.