I need to post about Oldboy. It’s an amazing movie. 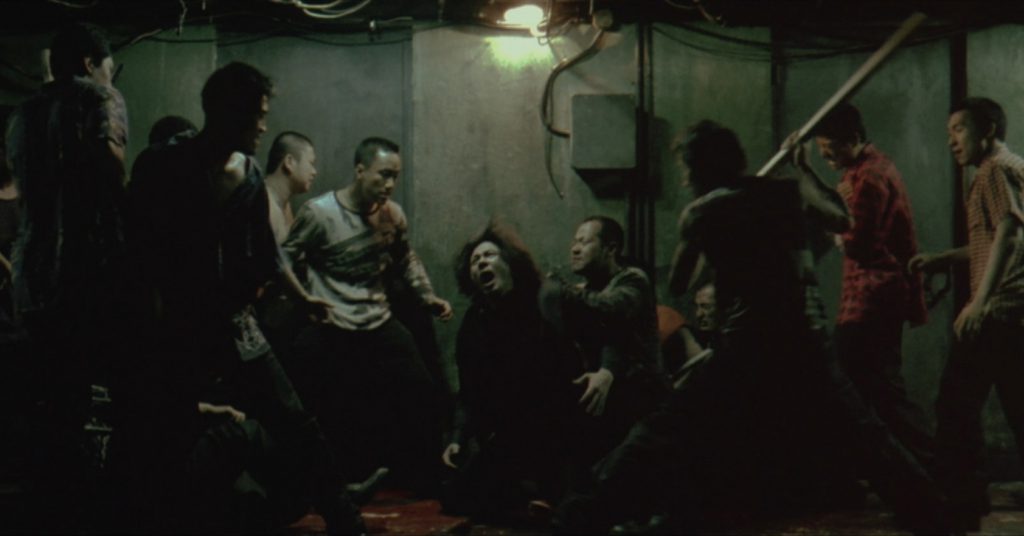 Oldboy is a tragic tale of a middle aged complacent man that gets kidnapped for 15 years with no explanation. And released just as easily. The film unfolds showing how the main character, Oh Dae Su, was a bad father/husband… and more.

It held the record for longest continuous shot for a long time… and what a shot it is. It’s a beautiful battle… great violence if that’s your thing and also great metaphorical struggle of one’s quest for enlightenment. It’s not an easy film to watch. The violence and mental torture are only the beginning.

It is a beautiful film. I’ve not seen the Josh Brolin remake, and I think he’s a good actor thrashin’ to Jonah Hex, but when you nail it… don’t try to replay it for profit or a more American audience.

This isn’t a review. It’s one of those films you’ll love and it will change your life (like Bronson), or you won’t sit through it. I hope you can sit it out though… it’s a great tale of struggle and redemption and regret and misunderstanding and… well just from a visual point of view, you’ll want to see the last minutes.