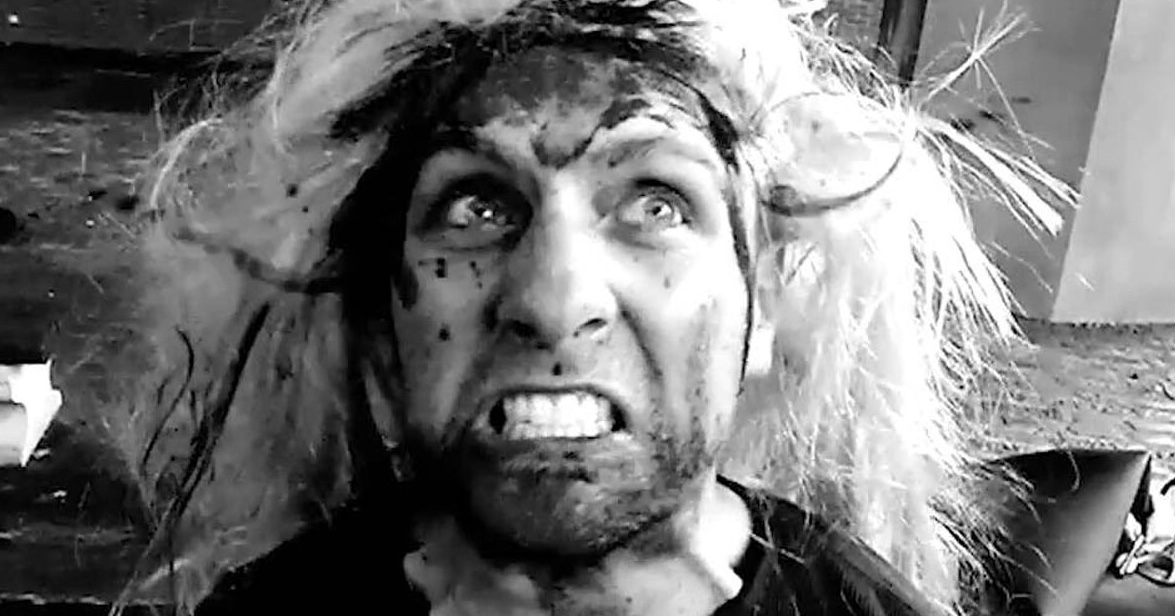 Hectic Knife is a 2016 film directed by Greg Deliso and released by Troma Films.

This film follows a knife wielding vigilante named Hectic Knife who is in the process of cleaning up his town of the usual criminal element until a new villain named Piggy Doctor shows up and starts blowing up children, he finds himself teaming with his deadbeat father and his estranged family amongst others to stop this madman.

Leave up to Troma to add another minor fucked up classic to its long line of wonderfully weird, low budget movie catalog with the staples of questionable acting, what-the-fuck laugh out loud moments, and a very good story hidden underneath all the wackiness. As with the given premise, expect some slashing and stabbings, with a fair amount of blood. The acting has a “so-bad-it’s-good” vibe going for it and the fact it’s filmed in a dull monochrome gives it an appearance of an old school neo noir, though it hardly takes itself as seriously.

The one factor I wished was expounded more on was the riff that cause our hero’s estrangement from his family. They could have mined more humor from it.

All in all, this is a pretty great way to spend an evening because this film will have you thinking long after it’s over.