We begin with good ole family racism and end with pure science fiction based terror. The secret to this film’s power is in the journey between – from one unpleasantry to the next. Dark and painful family drama is at the film’s core; but once the film takes its turn into something more sinister, you’re left with a Cronenbergian mixture of anger, anxiety, and deep uncertainty. The confusion lingers until the final moments. Await Further Instructions will challenge preconceived notions and pummel viewers with a wide array of undesired emotions.

The setup itself is stressful enough. An estranged son visits his family for the holidays. His family just so happens to be a bigoted bunch of uptight Christians with a royally dickish patriarch and an aging former patriarch with no fear of telling everyone how the influx of nonwhites has ruined the country. Things are bad from the very moment the son and his Indian girlfriend arrive. However, no one is quite ready for just how bad things are going to get.

Much like the much discussed Hereditary, this is a film that blends real world family drama with something dark and supernatural. However, the darkest and scariest things going on here can’t be explained so easily by either natural or supernatural means. The mystery lies in sorting out what is really going on. Is the government protecting the family from worldwide disaster? Is there some type of alien or monster outside? Is this a self-inflicted horror? Is it something altogether different? What is real? It’s all vague and confusing… until it isn’t. 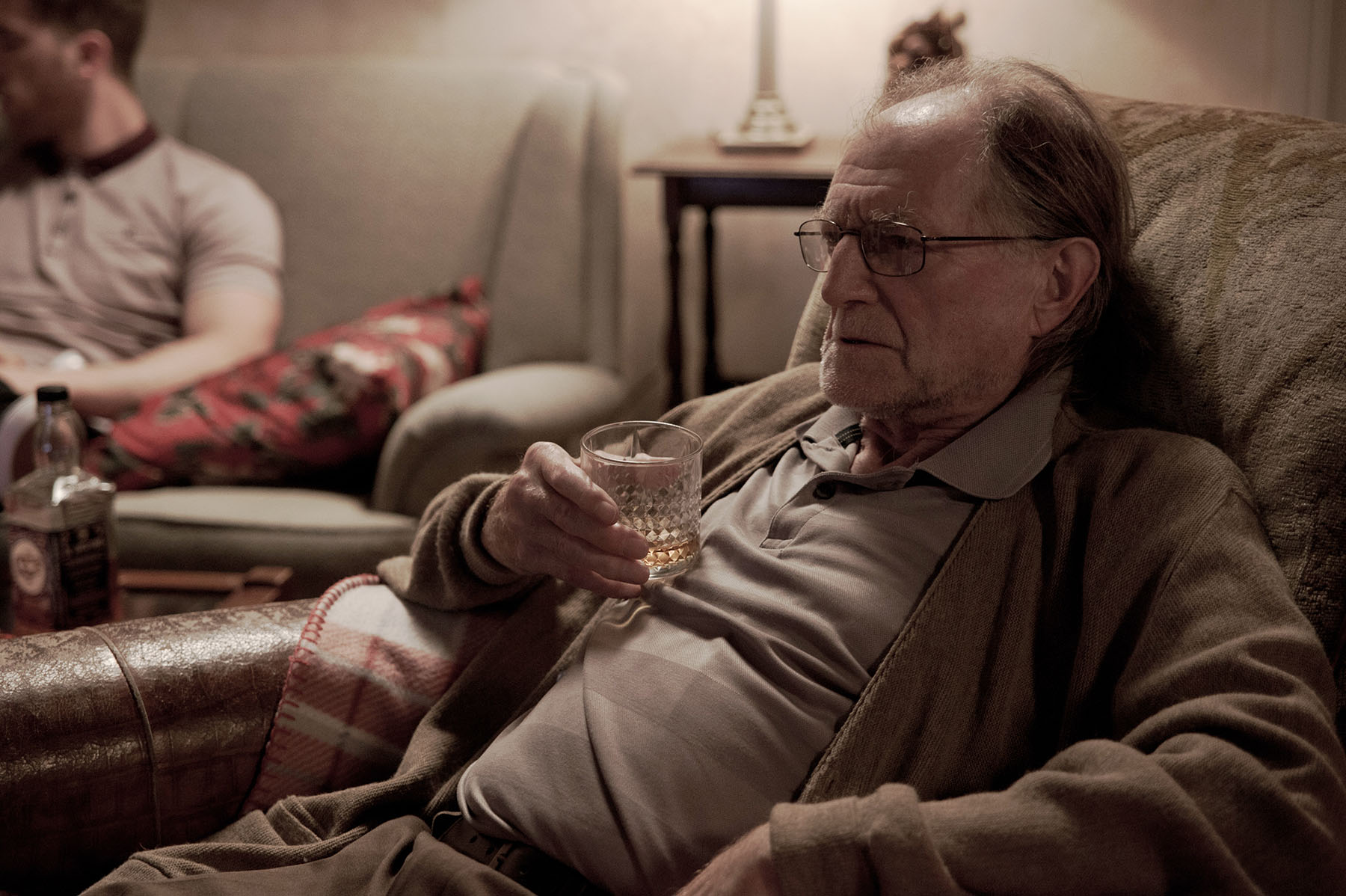 In the end, this is a film that sticks with you – a film that truly will fuck your shit up, if you let it. Not since Poltergeist has a television set been this scary. Await Further Instructions is terrifying and emotionally draining in the best kind of way.