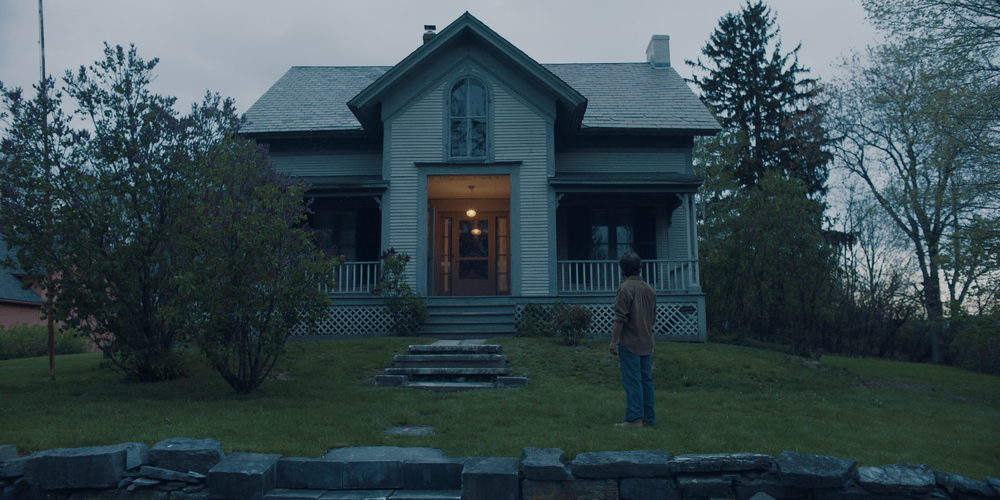 Have you ever wondered what Paranormal Activity would be like if it had a more compelling nature to it? Well look no further than the fantastic independent horror, The Witch in the Window – soon to join the Shudder exclusive lineup. Journey to the countryside of Vermont as a father and son fix up a haunted house that is a bit more than they bargained for.

Alex Draper and Charlie Tacker lead this compelling drama as a father and a son struggling for a reconnection. Draper and Tacker not only work wonders off each other with impeccable chemistry; but they turn in phenomenal performances at the same time. They lead the charge as the strongest part about the film. Given this film is set in the horror genre, the creepiness and scare tactics aren’t what make this film memorable. It’s the storytelling aspects that come out of this father-son relationship.

Director Andy Mitton does a beautiful job at creating a visually stunning film through the art house medium. The visuals are only matched by a well paced story that builds itself magnificently. At least for the most part. As the film starts to embrace more of its horror based elements, the story starts to rush itself. It acts as it throws the previous pacing of the movie out to make way for the creepy stuff we came for. Not to mention, once the film resolves itself it keeps going for 4 or 5 minutes too long. The film could have been perfection had it kept its pacing alive. Plus, added 10 to 15 more minutes to build up the climax.

Overall, The Witch in the Window, titters on the brink of masterpiece. Some uneven pacing in the film’s final act prevent it from doing so though. However, the film is fantastic, gripping and compelling in its nature. Presenting an engaging father son drama that shares the sandbox with horror & thrives in both avenues.