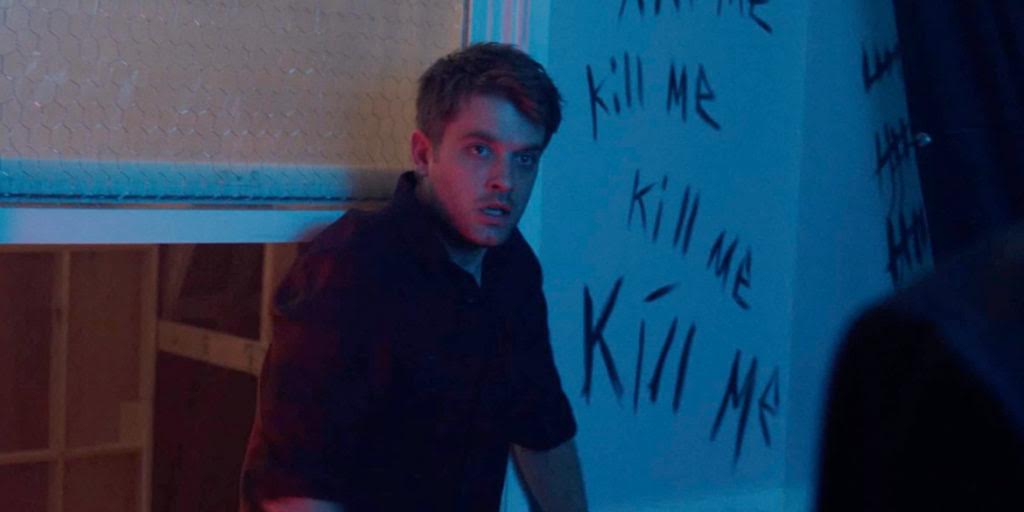 [Editor’s Note: There is a controversy surrounding Eric England, one of the creators of this film, and accusations of the film’s distributor The Horror Collective seemingly sweeping his involvement with the film under the rug in their promotion of the film. The Farsighted is not well versed enough in the situation and is, therefore, not taking any stance in regards to The Horror Collective’s handling of the situation. Below is their official response on the situation, followed by Eric’s review of the film itself. For further information, you can also click here for director Graham Denman’s official statement.]

Our official statement regarding Greenlight and Eric England: pic.twitter.com/YzgFe8lOYq

I can imagine that the entire process of envisioning, development, and realization of your own production company is a perpetual grind of blood, sweat and tears. The need to gain financing, build a stable of scripts or concepts on which to launch your brand, and, most importantly, to deliver on a unique vision or overall themes that you want the world think of when they see your name. This need to establish a look and feel should be quickly solidified with your first major release, sticking the initial landing with your inaugural film on the release slate. I’m sure Shaked Berenson and Jonathan Barkan encountered that and then some when joining forces on their new feature film collaboration company in late 2019, called The Horror Collective. Both of these men have a great vision of what they want to deliver with this new collaboration, and it all begins with their first release. That venture is called Greenlight, starring modern day genre vet Chase Williamson (John Dies at the End, Beyond the Gates), and under the guidance of Graham Denman in his feature directing debut. So, does The Horror Collective, with respected genre credentials behind and in front of the camera, hit a homerun with their first feature, successfully delivering on the intention of their distribution company, or does this end up being a lackluster debut, leaving subsequent releases to pick up the slack? While the film was completed prior to The Horror Collective becoming involved in the back end of the process and the film’s release, the first release of a distribution company is always an important touchstone.

Jack (Chase Williamson) is a fresh-faced filmmaker trying to break into Hollywood, desperate for someone to give him his first shot at directing a feature film. Suddenly, the opportunity he desires comes in the form of producer Bob Moseby (Chris Browning). Moseby wants Jack to film his latest movie, a psychological thriller, after the last director left the project prematurely. However, Jack’s big break ends up becoming a complete nightmare when he learns that this deal comes with a clause, one that involves the real life murder of one of his actors. Will Jack go through with this horrible act to finally make it to the big stage of directing feature length films, or will his good nature and his respect for his fellow actors’ lives ultimately win out at the end of the day? 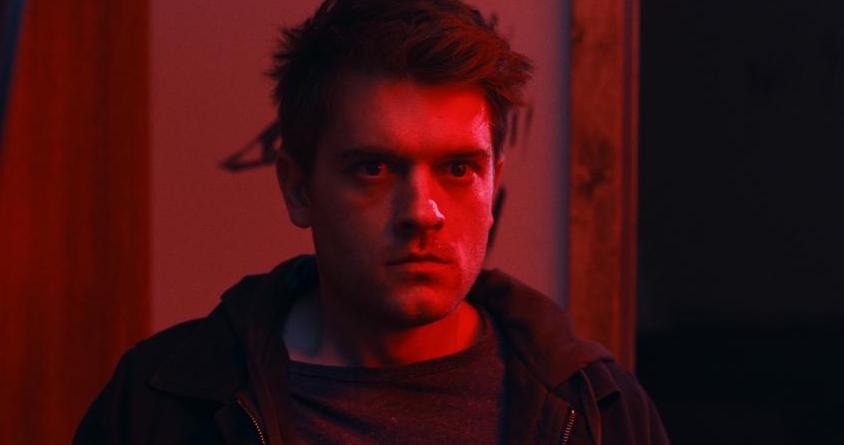 The high concept premise of real murder on the silver screen works like gangbusters in Greenlight primarily due to the strong performances that surround this macabre “what if” scenario. Chase Williamson plays our main protagonist Jack with that young, inexperienced twinkle in his eye that is necessary for you to be in his corner when slimy producer Bob Moseby finally springs his vicious act that he wants Jack to perform. I read a quote online somewhere that Chase is like the Tom Hanks of unique and bizarre horror films, and I can totally see how that can be perceived. Chase Williamson has a certain affability and “everyday guy” look about him, and with turns in John Dies at the End and Beyond the Gates, has proven himself to be quite the formidable actor. Greenlight only extends his winning streak and has convinced me that this man really deserves to hang with the big boys of Hollywood. In addition, Chris Browning turns in a truly slimy and sleazy performance as the psychopathic movie producer Bob Moseby, willing to kill Jack’s entire way of life just to exact his undefined vengeance on one of his actors in his movie. Browning exhibits equal parts of charm and menace with ease, very important since that is what is needed for this role to work. Caroline Williams does probably her best work since Texas Chainsaw Massacre 2 as Moseby’s trophy wife Nancy, getting her acting gigs primarily from appearing in Bob’s sleazy ventures. Williams ably shows that she still has the ability to bring a presence to the screen when she is given decent material to work with.

Even Greenlight’s “movie within a movie” becomes an unexpected highlight. The flick that is being made within is a schlocky, c-grade psychological horror show called The Sleep Experiment. It’s full of bright giallo-style coloring, over-the-top performances from the three main actors within, an insane set design of scribblings and incoherence all over the walls of a sealed off house/sanitarium and, of course, copious amounts of blood, bludgeoned heads against toilets and all around mayhem. It looked like one of those “so bad it’s good” movies that I would totally be down to watch on a Saturday night under the influence of some solid marijuana and perhaps a glass of wine. The only real downside of the entire movie comes at the climax. I won’t be spoiling what eventually happens at the end, but it all felt rather anticlimactic in its ultimate conclusion. I felt like director Graham Denman, based on the feel and style of the movie that preceded it, was going to go full on balls to the wall in the finale, but it just never reached the heights that I was hoping for it to achieve.

Greenlight, after it all, ends up being a successful and thoroughly enjoyable first release for The Horror Collective. This succeeds at being tight, high concept thriller with a great hook, enjoyable performances all around, and satisfactory amounts of paranoia and horror to draw the viewer in. The central performances of protagonist Chase Williamson and antagonist Chris Browning end up going above and beyond, ultimately elevating Greenlight to must see material, a great start for The Horror Collective and fantastic debut feature from filmmaker Graham Denman.