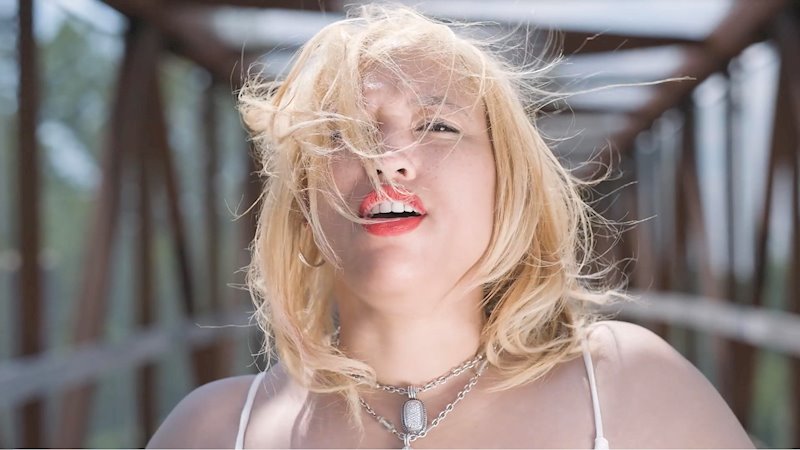 As a child of the 80s, I truly developed my musical tastes in the 90s. While underground music in the punk, ska, and hardcore varieties dominated much of my heavy rotation, hip hop and alternative music always had strong representation, as well. Amongst the angstier alternative artists I enjoyed were always chick rockers PJ Harvey and Poe, as well as female fronted bands like Garbage and Veruca Salt. While I can’t say I listen to alot of 90s alternative these days, nor have I followed artists like PJ Harvey in recent years… Blake Red may change that.

Red’s ferocity and raw power in her single “The Darkness” reminds me of exactly why I fell for the music of artists like Harvey. There’s a wonderful blend of beauty and edge, or distortion and clarity, that somehow feels different than male alt-rock counterparts. The ability to have that rock roll power while still having a feminine touch makes tracks like “The Darkness” a step above what so many of the male alternative artists have put out. Blake Red has that certain “it” factor that made the 90s female alt-rockers that I feel for something special. In other words, Red is a special artist, not just on “The Darkness” but beyond.

The stripped down and simple music video for the song is exactly what it needs. A few added elements for style and it hits all the right notes. Check it out below and grab the EP it’s from at Bandcamp.