The tape starts off with the stations morning show, the Zoo Crew, talking about a song being released to the bigger secular market. That was a big deal to us Christian music fans. By that point, Amy and Smitty had gone to number one on the secular/mainstream charts, but we were still looking for more acts to break out of our little ghetto/glass ceiling.  DC Talk seemed like the perfect candidate. Interestingly, it wasn’t this anti-racism anthem that broke these “2 Honks and a Negro” into the secular mainstream. That wouldn’t happen until a few years later when they moved a little away from their original rap sound into the alternative rock of their Jesus Freak album.

Michael W. also makes an appearance on this tape… twice… in fact, with the same song twice, for some reason. Typically, I would make it point to not record the same song twice on the same tape. Maybe I hadn’t remembered recording it on the first side when the second instance came on the radio. But then I also recorded Degarmo and Key’s “Boycott Hell” when I owned that album on tape…so maybe I wasn’t being as picky about what songs I let record here.

It is cool to note that while this tape was recorded in 1992, the station was playing some older tunes from the 80s, like “Boycott Hell”, The Imperials’ “Falling”, and Russ Taff’s “Not Gonna Bow”. You certainly don’t hear Christian radio recognizing its legacy these days. 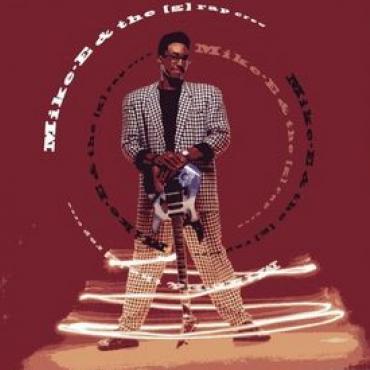 While the tape contains CCM legends like DCT, MWS, D&G, and Petra, there are a few acts I was never as familiar with. I remember seeing names like Recess and Edin-Adahl in CCM magazine. It was great to have a local station to give the opportunity to hear some of these lesser known artists as well as newer artists like Lisa Bevill and Mike-E.

Rounding out this radio-recorded mixtape we have rock bands Halo and Mastedon (had to Soundhound that one because it wasn’t listed on the j-card tracklist… and, no, it’s not the secular Mastodon), folk-rock-ish Kim Hill, and former Petra vocalist Greg X Volz.

Believe it or not, that’s all I’ve got to say about this particular mixtape episode.  I’ve got lots more Z-91 tapes that I’ll be posting at some point.

Did you have a local Christian radio station you listened to in the 90’s?  Tell us your stories and memories in the comments.  If you like what you hear, check out the other Mixtape Episodes and read up on some of my thoughts on Christian music and my 80s/90s nostalgia.