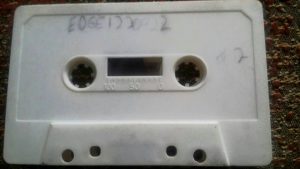 I first heard about Z91 from my friends at school. They were the guys who introduced me to most of the Christian metal and alternative music that would inform my tastes from high school on. In fact, I first started hanging out with them specifically because I had learned that they listened to Christian music. When I started sitting with them at lunch, they were mostly metal heads, but they also talked about some alternative music… something I had never heard of before. Through them I discovered CCM magazine, which covered the Christian Contemporary Pop I had been digging into in previous years, as well as the hard rock, metal, and alternative music that the Christian music market had to offer. And at some point, I heard them talking about a radio station that played better music than the Light 99 (or whatever it was called before it was called that… and long before it became the local Klove station) that I had recently discovered and already lost interest in.

Z91 played Christian Contemporary Hit Radio: top 40 sounding pop, rap/hip-hop, pop rock…and on Saturday Nights even aired a hard rock and metal show called Z-Jam.  This was a HUGE deal to me, because I had been searching for good, upbeat, rockin’ Christian music on the radio for years. I first found a couple Sunday morning shows, Heartlight on Wichita’s 107.3 KKRD and Clearly Christian on 103.3 out of Great Bend…but Heartlight had gone off the air and the Great Bend station didn’t always come in strong enough. (But I do have a couple tapes from those shows I might digitize and post here in the near future.) Like I mentioned earlier, I had found a new station out of Wichita that played more Adult Contemporary and Inspirational stuff, but I had outgrown that, and the occasional White Heart ballad they played couldn’t keep me satisfied. So being able to wiggle my antenna (or whatever wire/hanger I was using in place of the probably broken antenna) just right to get KZZD 90.7 in on my radio, and recording the broadcasts, was a life changer for me. This wasn’t just some Sunday morning show I had to wait all week to enjoy. This was 7 days a week of a much bigger and cooler catalog than those other shows had played. I discovered so much new Christian music, and actually got to hear the stuff I had been reading about in CCM mag.

My school friends had started introducing me to some of the harder rock and light metal (I had given up the belief that heavy metal music was sin sometime in middle school)… but the Saturday night Z-Jam took me even deeper into the heaviest and craziest Christian metal had to offer at the time.  After I had been listening to the station for a while, it started broadcasting the Christian Alternative Music show, The Edge, after Z-Jam, at midnight Saturday night/Sunday morning. This wasn’t my absolute first exposure to Alternative music, because my friends had slowly been trickling some into the music they were introducing me to. But it did introduce me to some artists I hadn’t heard of yet, and got me excited to look for more obscure alternative tapes.

At first, I would just set my tape player to record the show, and turned the volume down so I could go to sleep. After all, I had church in the morning, and staying up past midnight wasn’t the smartest thing to do. But over time, I started staying up later and later, recording the show, and often using headphones to prevent my parents and brother from overhearing while I would control the pausing and starting, trying to keep from recording the same songs too many times. 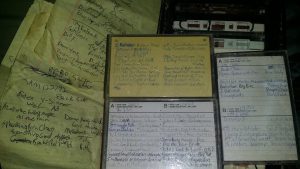 So that brings me to this particular tape. It looks to be either December 20th or 27th of 1992… and the holiday season is confirmed by hearing the DJ announce his Christmas on The Edge, inviting listeners to call in and claim some sort of prize/present from the station. I don’t remember if I ever heard/knew what that prize might be. I specifically remember recording this tape in our living room, because I was sleeping on the couch while my grandparents were sleeping in my bed, staying with us for a while. And so I know for a fact that I was using headphones to listen as I recorded, because my parents’ bedroom was right off the living room, and I didn’t want to bother them with my music.

There a few things that I think are interesting about this tape and the show. First, I think it’s a testament to just how much variety fell under the alternative umbrella back then… at least as the Christian music industry defined it. On this tape, we have everything from the industrial sound of Dietiphobia, synth-pop like The Echoing Green, to the atmospheric rock of The Choir and The Prayer Chain. Also, it seems interesting to remember how jangle pop like Jacob’s Trouble and The Stand was considered more alternative, rather than mainstream like the Beatles/Byrds-esque artists they were influenced by. And it’s kinda funny how a lot of techno/electronic/dance/rave music had been in the secular top 40 in the preceding years, but that music was also relegated to the alternative radio show at this point. Lastly, I’m reminded of how much sorta novelty material also fit in the alternative genre. While songs like “Sofa Logic” or “Splunking” Through The Chaos might have featured skilled and interesting musicianship, they seem hard, at least for me, to take very deeply or seriously, beyond just a novel silliness or attempt to be quirky and clever. And then there’s “The Revolutionary Army of the Infant Jesus” that seems to represent the influence that the Chant series of albums had on pop/alternative music in the early 90s… or at least how alternative music could encompass just about anything that didn’t easily fit into a standard genre/format/market.

Of course, with the popularity of bands like Nirvana and REM, Alternative music was moving a lot more mainstream in the secular market at that point… but it was just starting to make that move in the Christian music market. It would be a few more years before alternative music would be as ubiquitous in CCM as it had become outside of it. In fact, Z-91, that Christian Contemporary Hit Radio station, would become an all Christian rock, especially alternative rock, format by the end of the decade. 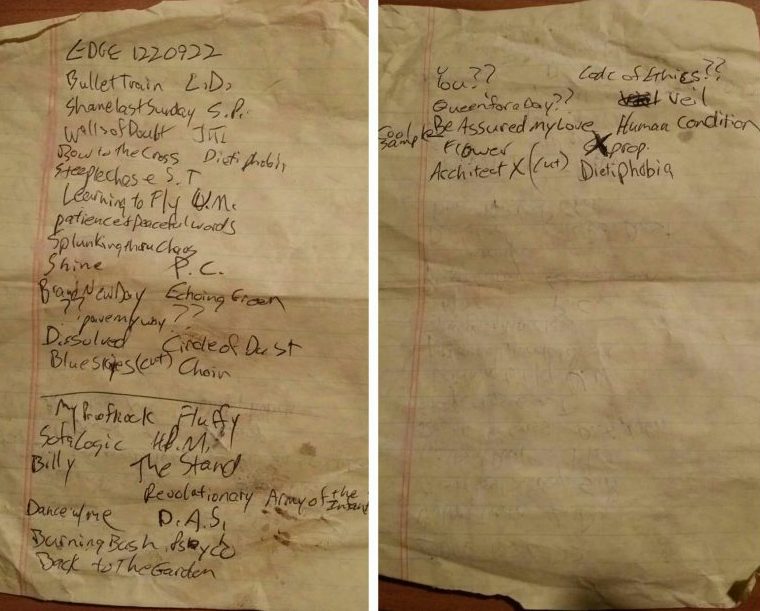 But I think this tape is a great snapshot of what alternative music, specifically Christian alternative music, was at that point in time… still obscure and hard to define…and right on the brink of completely changing the rock music scene as we knew it. Not yet ready for mass consumption…yet challenging our young tastes… and keeping this teenager up way too late at night/morning before church…