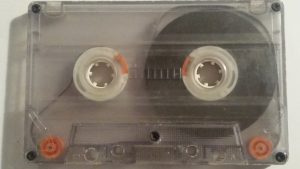 I think this episode’s mixtape has to be the most varietous one I’ve posted so far. (Yeah I made up a word… maybe I should have used “eclectic”??? I don’t know… I’m sticking with “varietous”… I like it) So far, all the mixes I’ve posted have all been from one era/genre… but this one spans the decades a bit. Well…at least leading up to the 90s… because that’s when I made it.

I was a teenager… possibly my senior year of high school or maybe freshman in college… probably high school. I worked after school and during summers cleaning a chrome plating shop… the same chorme plating shop I was laid off from two years ago this coming April (yeah, I worked there almost 21 years… started as the clean up kid and eventually became a full time chrome plater). Because I worked after the shop’s normal hours of operation, I often had a little freedom to listen to my own music. However, at this particular time, there were some other folks working during those same hours. One guy was the same age I was, and he also worked after school, cleaning the shop. The other two fellows were older gentlemen, in their 40s or 50s. Bob and I loved to listen to our alternative rock around the shop, but our older coworkers weren’t so fond of our noisier, modern stuff. They preferred older oldies rock and roll… but at least they were cool with the late 60s psych stuff… which I thought was pretty compatible with the alternative/modern rock that was popular at the time. 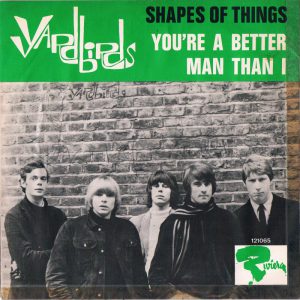 So all throughout my career as a hard chrome plater, I made it a point to try and become the shop DJ, as much as possible. Since my tastes were somewhat eclectic, and I enjoyed oldies and classic country as much as I enjoyed 80s pop rock and 90s modern rock, I thought I could successfully curate mixtapes, and eventually mp3 playlists, to accommodate the variety of tastes and preferences represented by my coworkers. And this particular mixtape was one of my earliest attempts at doing so.

Listening to this as I digitize it has been fun. I really had no idea what to expect… it actually has a lot more 90s noise than I expected. I think I thought that if I snuck enough modern rock in amongst the late 60s psych rock, then maybe I could win the old men over to appreciate the likes of Pearl Jam, Nirvana, and Collective Soul. As I recall, it didn’t work. But it’s cool to hear where my tastes were at the time. The songs I selected were sorta my favorites that represented what I liked best about the bands and albums I picked from. The whole thing is really rooted in rock bands… even the poppiest 80s songs are from rock bands like The Police and Yes… and all the oldies included are 60s rock acts like Jefferson Airplane, The Beatles, and The Yardbirds. Actually, I guess there is one exception to the ‘rock band rule’ on the tape… a classic country song that is really out of place in this mix. I suppose I might have intended to include more country… I did pride myself on including classic country in my shop DJ attempts over the years… but I’m sure I did have a very limited selection of country CDs to pull from at that time.

It is interesting to think about the CDs I must have pulled these from. I had only had a CD player for about a year or two when I made this… so my collection was somewhat limited at the time. While I was building up my 90’s alt rock collection with albums from my favorite grunge rockers, most of the oldies and 80s tunes must have come from compilation CDs like Billboard Top Hits: 1986, Baby Boomer Classics: Electric 60s, or Forrest Gump: The Soundtrack. 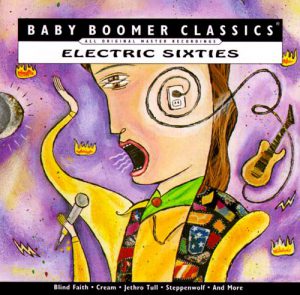 I want to mention a couple notes on this particular tape. First of all, there is a point on the tape where the left channel completely disappears. On other tapes I’ve digitized, I can digitally edit the audio to balance out the stereo channels as well as the overall volume… kinda hiding some of the variances and discrepancies that have developed in the tape over the years. But for some reason, there just is nothing to balance out on the left channel for about a song and a half… sorry about that. Also, it’s interesting to me that I allowed songs to cut off at the end of both sides of the cassette. Usually, when making a mixtape, if a song can’t entirely fit before the end of the tape, I’ll go back and record blank space over the partial song. But for some reason I left these cutoffs. Lastly, the mix does reveal the differences in the quality and mastering of CDs from that time period. Like I said, I tried to balance out significant volume differences in the different songs… but due to the differences in how the discs were compressed in their CD remasters, there is still some noticeable variance in the perceived loudness of the various tracks.

Otherwise, I hope you enjoy this mix. Drop me a comment to let me know what you think… and be sure to tune in next time…