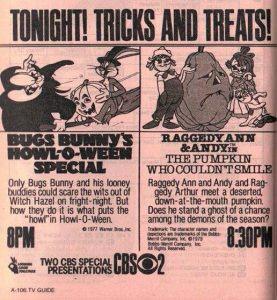 Last year’s debut mixtape episode was a Playlist of classic Christmas specials, mixed with the commercials and bumpers they aired with on Network TV in the 1980s. These “Full Experience” playlists were born out of my nostalgia for Saturday Morning Cartoons, commercials, and bumpers from my childhood. And it only made sense to expand the concept to include these Holiday Specials as well.

The very first Holiday Specials Playlist I put together, back in 2015, was this Halloween Specials mix. Halloween seems to be the official kick off of the Holiday season. Its decor begins the holiday decorating tradition and is incorporated heavily into our concept of what defines the Fall Season. Halloween might not have been the first holiday to get its own children’s television specials, but by the 80s those Special Presentations had become a significant part of our holiday and TV traditions. And, of course, the Halloween season brought its own special ad campaigns and commercials. This virtual Video Mixtape is basically a compilation of those holiday specials, commercials, and bumpers that I enjoyed as a child in the 80s… icons that have defined my view of the holiday ever since… and a couple that I don’t specifically remember watching, but are relevant classics that I was able to find bumpers/commercial breaks for (I wish I had been that kid that had recorded these classics as they aired… alas, I’ve had to rely on the internet and my video editing skills to piece these puzzle pieces of my childhood together)

The mix begins with a few commercials I scrounged up; including a CBS spot that hints at what’s to come, a series of monster cereals that only appear this time of year (I still buy at least one box of Count Chocula every year), 80s sexy spook celebrity Elvira, and a McDonald’s ad that promises “to be continued” that I don’t think I was able to actually “continue” within this mixlist.

But things really get going with Disney’s Halloween Treat. In the 80s Walt Disney was a major staple of our childhood, and even though the company’s new animated films were floundering in the theaters, we had access to their back catalog of classic cartoon movies through the new adventure of Home Video. But as I recall, I became most acquainted with those classic films in bits and pieces…clips pulled from the movies and put together in these kinds of thematic specials that aired on TV as part of The Wonderful World of Disney series. With some research, I’ve learned that Disney’s Halloween Treat originally aired on CBS in 1982… BUT… I remember it from our local PBS channel. Wichita’s KPTS channel 8 would show reruns of the long running Disney series at 5:00 pm on weekdays, just as we were eating dinner as a family. To be honest, I can’t accurately remember if what we saw on those PBS broadcasts was actually this particular special, or 1983’s A Disney Halloween, which was another special that added clips and footage from Disney’s Greatest Villains to clips and footage from Disney’s Halloween Treat for a 90 minute special. But since I watched either of these specials on PBS, I have presented the Halloween Treat here as PBS airs, without commercial breaks. 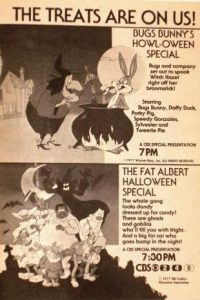 Beginning the mixtape’s second hour, The Fat Albert Halloween Special and it’s commercials from 1980 are a little older than my TV watching memory. It’s possible I saw the special in a later rebroadcast, but I don’t remember it. But it’s a fun inclusion here anyway. Following Fat Albert is another animated legend, and a holiday special I do remember watching, probably many times over the years. Bugs Bunny’s Howl-oween Special is one of many, many holiday specials that Warner Brother’s put together in the 70s and 80s. Similar to the Disney Treat, Bug’s Specials consisted of clips from the classic WB animated catalog, edited together with some new animation and audio overdub to create a vague storyline, appropriate to the holiday at hand.

Next up is The Pumpkin Who Couldn’t Smile, a special featuring Raggedy Ann and Raggedy Andy. This 1979 cartoon is another one that I’m not sure if I remember watching as a kid. I definitely remember some Raggedy Ann and Andy cartoons and specials in the 80s. They had a short-lived Saturday Morning Cartoon late in the decade. But I don’t specifically remember this one, and it’s probably my least favorite out of the list. In fact, if I ever get the chance to revise this mix a bit, I’d probably replace it with something I do remember… or at least something with some commercial breaks (because I seem to have missed out including any commercial breaks with this one and the Bugs special). 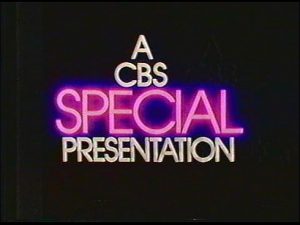 Closing out the last hour of the mixtape, we finally get to the holiday’s crown-jewels of cartoon specials (and finally interspersed with appropriate commercial breaks). In the 80s, our childhood was partially defined by the presence of Garfield the Cat. Since then, his comics (even those that have erased his presence from the original comics) and latter CG movies have continued to be an influence on our pop culture. But nothing compares to the feline’s ubiquitousness in the 1980s, including his many holiday specials. And of course, no holiday special mixtape would be complete without a cartoon entry from Charles Schulz’ Peanuts characters… quite possibly the gang responsible for the very first animated Holiday TV special… or at least the longest running, from the 1960’s and still airing every year. This holiday, we are given It’s The Great Pumpkin Charlie Brown, featuring Linus’ obsession with the greatest magical holiday fantasy legend, you’ve never heard of. 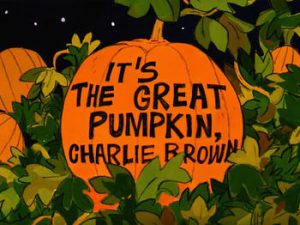 Looking back on this particular mixtape, it’s obvious that it was my first holiday special playlist. A couple months later, I made the Christmas Holiday Special Playlist, and I feel it was much better put together. Of course, there is kinda a lot more Christmas TV VHS footage available out there on the Internets… so maybe that’s why it turned out better. Last year, I made a Thanksgiving Holiday Specials Playlist, and I hope to post it as another Uncle Eddy’s Mixtapes episode next month.