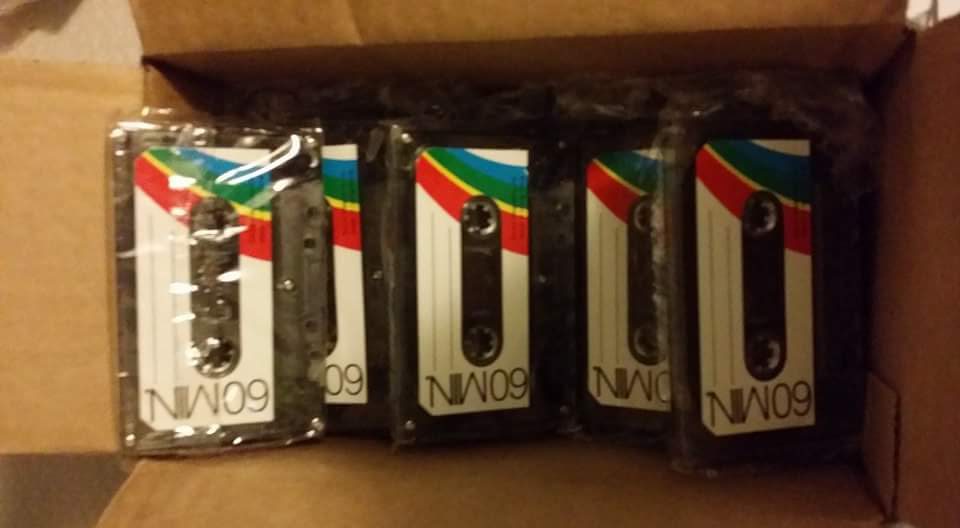 Back in 2014, I decided to browse Ebay and other corners of the internet to see if I would have any luck locating a particular brand/design of blank cassette tapes I had received when I was a kid.  I wrote a bit about what I had recorded onto one of those translucent, rainbow labeled tapes in a previous mixtape episode.  I  can’t remember what prompted me to try and hunt down these tapes, but I know gobs of nostalgia was involved.  I was pleasantly surprised that I actually found a lot of those very Swire Magnetics tapes, unopened new old stock, on Ebay.  So naturally I just HAD to purchase them.  But… what should/could I do with them when I got them?

Then I came up with a brilliant idea… MIXTAPES!

I posted on Facebook that I was excited to get the tapes and that I wanted to make mixtapes with them, asking if any FB “friends” still had cassette players and would be interested in getting a mixtape from me.  A few folks replied with interest, many of which said they didn’t have a tape player but would accept a digital formatted mix.  But a handful said they would take a real cassette.  So I set up the cassette deck a friend had given me, connecting its input directly to my Pioneer turntable, and I commenced mixtaping… on real cassette tapes for the first time since the 90s.  Of course, back then, my mixtapes were made mostly from CDs.  Occasionally, a few selections were taken from tapes, and I made a couple mixes specifically from the records I and my parents had at the time.  But almost all the mixes I gave to friends were taken from recently acquired Compact Discs as I was trying to keep up with the latest alternative rock music from both the ‘secular’ and Christian music markets.

But for these new mixtapes, I really wanted to experience the process of using vinyl records to make mixes.  I didn’t want to personally customize the tracklists according to whom I was giving the tapes to.  I decided to just make the tapes however I felt at the moment… some with a specific theme like 80s or CCM… some more randomly, trying to work variety into compatible playlists.  And then I would merely label each tape with a number, and I kept a list of the tracks on each numbered tape in a spiral notepad.  When it was time to send the tapes out, I would randomly select a tape to put in a package, not keeping track of which tape went in which package, and then randomly label each package to send to individuals, not knowing which tape the package contained.  I would save my track lists until they had listened to tapes, and then send them the list for the number tape they had received, because I wanted them to be surprised by their first listening. 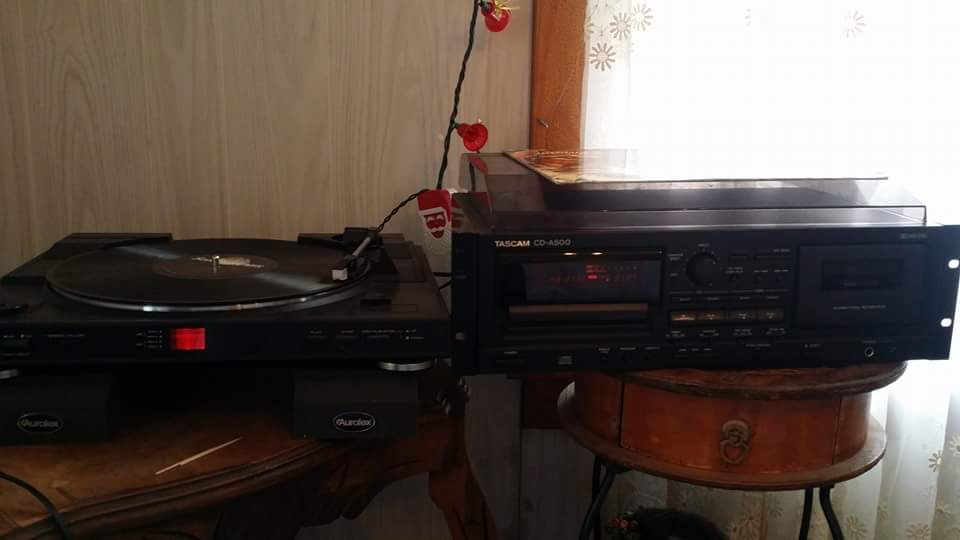 Well… I made six of those mixtapes… and then I never got around to sending any of them out.  Oops.  But I had a lot of fun making them… the waiting until the exact perfect time to hit “pause” and start the recording after the previous song faded out and before the song I wanted started… the challenge of finding a song short enough to fit on the end of the tape after there was less than 3-4 minutes left… often times a song getting cut off because I hadn’t realized how close to the end it had gotten, and having to pick a different, shorter song and record over the last attempt…and then watching the tape, hoping that it would keep rolling as the short song I had selected finished… and, of course, thinking really hard to come up with the next track, making sure that the transition from the previous track would be smooth and sound good.

About a year later, I started this mixtape podcast, and since I never got around to distributing, (physically or digitally) these real mixtapes… I figure it makes sense to digitize one/some of them to distribute here.  (Don’t worry, I’ll probably tag all the friends on Facebook who had shown interest in receiving these back in 2015).

I was kinda purposeful in selecting which tape to digitize here first.  I can’t seem to find my hand written track listings, but I kinda had a vague idea of the “themes” I had aimed for when I made the tapes.  I specifically wanted one that had a more random variety of artists and genres represented on it, as opposed to one that stuck to a certain theme/genre/era.  I had to listen to the first and last couple of songs on a couple of the tapes until I found the one I was looking for… starting with Counting Crows and Van Morrison and ending with Joe Cocker.  I won’t go into much more detail about the songs and artists included.  But I will mention that there are classic oldies, some more modern alternative rock, a couple kinda Christian bands…a wide range of good stuff that somehow fits together in a mix playlist.

I will say that being old tapes, the sound quality certainly lost a lot of fidelity going from my decent condition vinyl to these mixtapes.  I just simply digitized the tape straight to my computer.  I did do some tweaking of the volume levels of each song, to try and balance the way the whole thing sounds.  But at times the stereo balance seems a little wonky.  In fact, as I was listening to it while driving earlier today, I was really missing the old Dolby noise (hiss) reduction button that used to be on my van’s tape deck.  I’d apologize, but honestly I think it just adds to the experience of listening to music that had been shared via crappy cassette tape.  These cassettes definitely look a whole lot cooler than they sound…but cheap blank tapes always did…