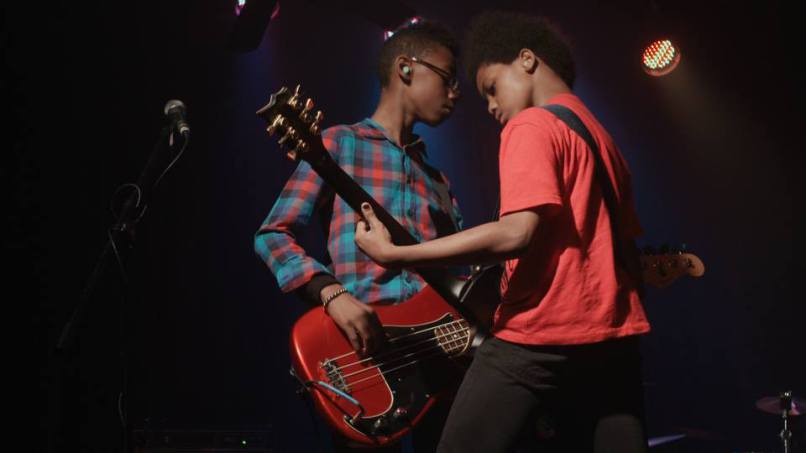 I remember being a kid and pretending to be a rock and roll star. Standing on that stage, flashing mad guitar skills, bedazzled audience members screaming like I’m John Lennon. That was the dream, right? As with most people with the dream, I realized pretty quickly that my skills were not up to par and, instead, kept my music passion purely on the listening end of things. It was the end of the 1990s/early 2000s and the music industry was starting its legal action against Napster.

At that point, the dream for bands was to sign the big deal. The major label, life-changing contract. That was the way to get popular: get the label money behind you, promoting you, pushing you.

Things have changed a lot in the ensuing fifteen-odd years. Major label money may still be an aspiration for many bands, but the veneer has been stripped away; the money is not what it once was, the benefits not as clear cut. People go from bedroom song composer to millions of YouTube views without so much as a cent of major label money. 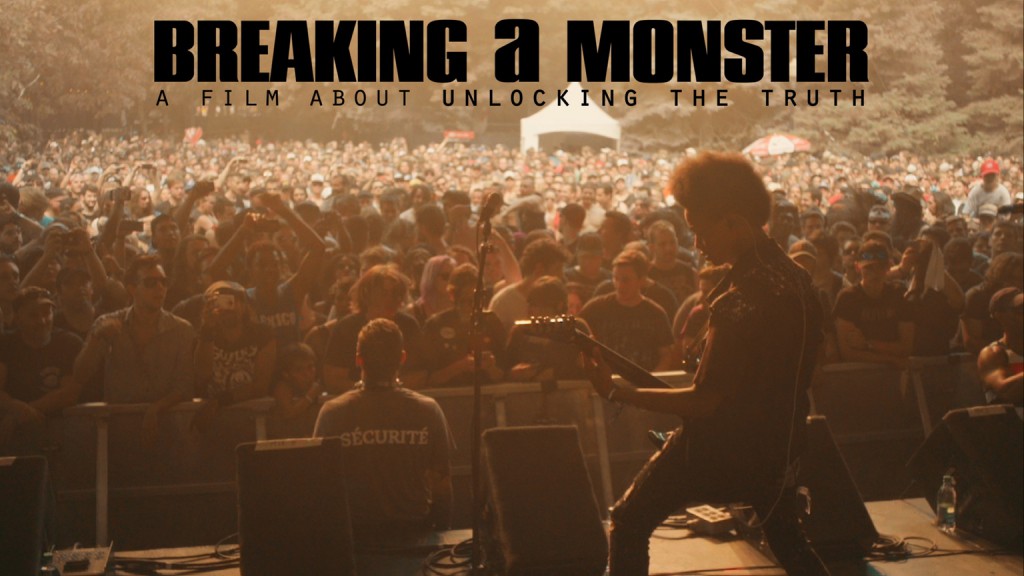 Breaking a Monster, largely filmed in 2014, documents the rise of the metal band Unlocking the Truth. What makes them notable? They were, at the time of filming, 12 and 13 years old; a trio of African American kids from Brooklyn. It was in performing on the street in Times Square that they gained attention, both from the local scene and from people uploading their performances to YouTube.

They also gained attention from Alan Sacks, a producer best known in the music world as being the guy that broke The Jonas Brothers into the scene. Sacks, impressed, looks them up and becomes their advocate/guide as Unlocking the Truth begins to navigate the music business.

This documentary shows these early stages of the band, taking us behind the scenes during a time when most bands–teenagers or otherwise–aren’t being filmed. It’s sort of fascinating, watching the band going from purely instrumental to beginning to incorporate vocals, say. Or Sacks trying to get them ready for their first studio recording.

It’s all normal band stuff, but with the added twist that these are 12 and 13 year olds with the priorities and interests that are normal to pre-teens. Which is to say, there is a distinct lack of focus. Sacks’s greatest challenge throughout the documentary is in trying to rein in these kids to care about serious band issues.

There are scenes of crucial business/industry discussions where the bandmembers are yawning, playing on their phone, and generally complete detached from the proceedings. In others they are engaged (such as planning a music video) but only interested in their own vision, ie having a music video match the song lyrics, not the practical business decision of getting the music video out ASAP.

Going behind the scenes, seeing some of the nuts and bolts about how things come together, is Breaking a Monster’s biggest appeal. We see the major label music industry for how it functions today, how it’s still about manipulating the market–priming the press with appropriately-timed press releases, staggering a release schedule, priming the band for recording, etc. 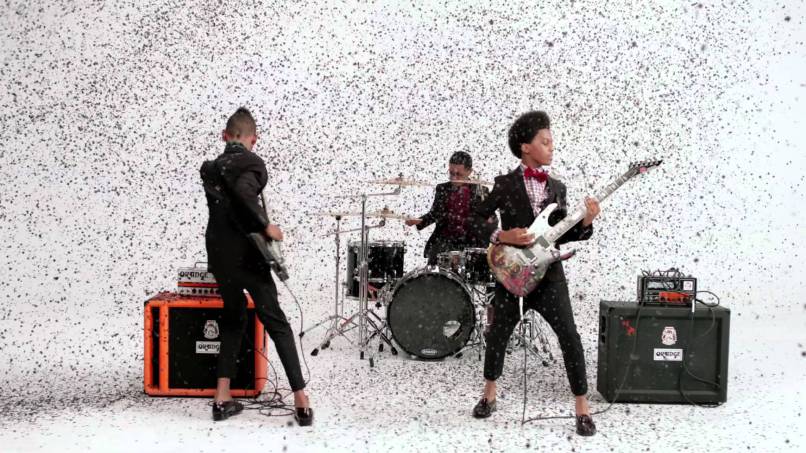 In the midst of all of this is the arching presence of Sacks. He represents something of an enigma within the movie. He’s got the unenviable (though self-chosen) job of guiding these kids through a complex industry, where he’s as much a babysitter as business guy. The cynical viewer notices the sort of slimy side–he’s an opportunist hoping he has another Jonas Brothers-type success on his hands. It’s hard not to notice the empty promises, the way he guides based on his vision more than, perhaps, the band’s. It might be fairer to say that their goals are similar–music, money, fame!–but that he has a much more singular path to that end goal. Get the record deal and hit the market, not taking time in the scene to season as songwriters and musicians. He has the best interests of the band at heart, insofar as those interests makes sense to his business acumen.

The thing is, as much as he denies that their record deal (and by extension, his interest) is due to them being African American kids in a metal band, there’s something not inaccurate about the business sense behind it. In a flooded music market, talented metal bands are a dime a dozen. The more unique you are, the better chance you have at standing out. Taking time to mature as a band will likely result in better music, but you lose half of the market appeal. It’s probably the right business decision, whether or not it’s the right decision.

To that fact, the novelty of three black kids playing metal on the sidewalk in New York City is the whole reason they started filming Breaking a Monster in the first place. That the rest of this unfolded in front of the camera lens is happenstance: this was intended to be a short film, rather than the full length feature it became.

The most fascinating parts of Breaking a Monster are those that reveal how the major label music game works in an industry a decade removed from the height of filesharing. Getting a glimpse at a band in these early stages isn’t commonly filmed. But your actual enjoyment level will likely depend on how tolerant you are of preteen boys being preteen boys.